No more fibre festival in Espanola 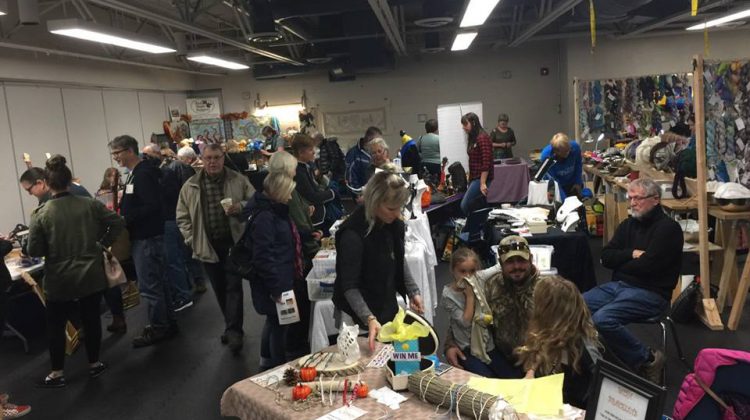 The Annual Espanola FIbre Arts Festival is no longer running. Organizer Jody Pilon says the event has been cancelled for several reasons including other personal obligations and the loss of some key members. Photo by Rosalind Russell – myespanolanow.com/myalgomamanitoulinnow.com staff

It attracted hundreds of visitors and artisans from around the globe, but a lack of volunteers is one of the reasons the Espanola Fibre Arts Festival has been cancelled.

Espanola Fibre Arts Festival Committee chair, Jody Pilon says the fair, which ran for the last eight years, was a life’s dream for her, but with the recent loss of some key members, a lack of volunteers and other personal commitments, there will be no festival this year.

Supported by the Ontario Arts Council, the five-day festival featuring fibre artisans from across Canada, the U.S. and overseas including Africa and Ukraine ran in conjunction with the annual Pumpkin Festival in October.

Pilon adds a small group of fibre enthusiasts will continue to meet and there may be some small workshops available in the future.