MANTHA – VIEW FROM THE PARK: “All I Really Need to Know I Learned in Kindergarten.” 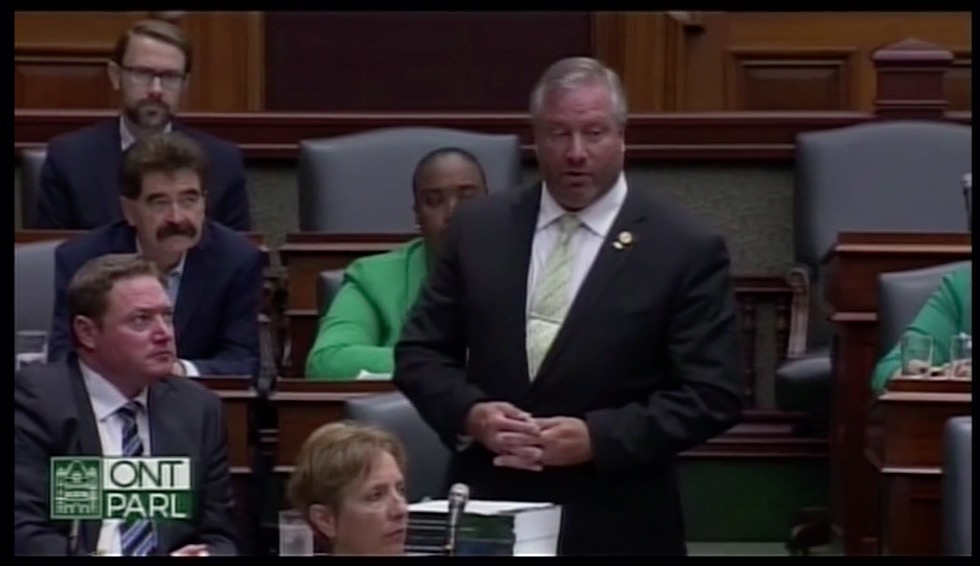 Some readers will recognize this title of a book written by Robert Fulghum. It was his published ideology or statement of beliefs and aims for life. I have made reference to this book in previous columns over the years.

In essence, Fulghum explained his belief that by following some fundamental principles, we help make the world a better place and vastly improve our chances for success in life. Such life lessons include: share everything, clean up your own mess, don’t take things that aren’t yours, play fairly, saying sorry when you hurt someone and when you go out in the world, watch out for traffic, hold hands, and stick together.

I actually do think there is a lot of common sense behind Fulghum’s philosophy. What’s more, I believe politicians would do well to remind themselves of these lessons as they fulfill their duties. I know I would do well to follow my own advice.

I raise this issue here because I am saddened that I sit across the aisle from government leaders who just don’t seem to reflect the elements of the above philosophy. And, because they don’t hold fast to these lessons, all Ontarians are facing harsh and unnecessary hardships.

Look at the concept that we must all play fairly and treat others how we want to be treated. This entails acting reasonably, being honest and following the game’s rules. Premier Ford clearly does not understand this concept because he doesn’t think the rules and laws we live by apply to him or his government. What kind of leadership is demonstrated by a premier who threatens to implement the Notwithstanding Clause in Section 33 of the Constitution Act when case law tells them that their actions are not lawful?

Rather than using the more refined-sounding phrase, “invoke the notwithstanding clause,” call it what it is. It is a deliberate decision to override citizens’ constitutional rights.

The first occasion he threatened to use it was in 2018 when he said he would use it to ensure Toronto City Council seats were slashed. Ultimately the courts said he had the power to pass the legislation, but nonetheless, he was positioned to do so if he didn’t get his way.

Later, Doug Ford gleefully wielded that sword in the spring of 2021 when the government rushed through legislation that doubled the limitation period for third-party election advertising from six months to 12 months before a regularly scheduled election. This effectively muted criticism of the Conservative government’s actions. So much for following the rules (laws). On top of that, the government didn’t play fairly because while it stifled Ford’s critics, it was permitted to continue spending on its own self-promotion.

Then, of course, we are now seeing Premier Ford thumb his nose at the federal government’s commission of enquiry into the necessity of the decision to invoke the Emergency Act when the Freedom Convoy laid siege on the city of Ottawa and other key transportation locations across the country. Ford refuses to appear as he believes the laws requiring him to testify if called don’t apply to him. This despite the many contrary legal and judicial opinions that say, in this case, his claim of parliamentary privilege is not applicable.

Now Ford is at it again, taking on CUPE education workers, some of whom make a mere $39,000 annually. After CUPE suffered several years under a low-wage contract, Doug Ford plans to impose a contract through legislation because these workers want to use their constitutionally protected right to organize as a union.

You know, there is a reason that labour contract negotiations work. The threat of a possible definitely holds the feet of both parties to the fire. If the union strikes or the employer declares a lockout, it hurts both sides. The point is to keep talking and moving forward, even slowly, to find a way to make things work through compromise. But it only works if everyone commits to fair-play and follows the same set of rules. Neither side should have the upper hand over the other.

Currently, the government is offering meagre wage increases of just 2.5 percent each year for those earning less than $43,000 and 1.5 percent for everyone else. With an inflation rate in Ontario already set at  7 percent, how fair-minded is such an offer? Would you call that treating others the way you want to be treated?

These are the people who our children see day after day. These people support kids with disabilities in the classroom. They are responsible for our children’s safety, education and well-being. Yet this government believes they don’t deserve more than the $39,000 a year they’re making, on average.

Premier Doug Ford and Minister Stephen Lecce are using our children’s school year as a bargaining chip to bully the lowest-paid education workers. And in doing so, they are callously dragging our children to the brink of more school disruption.

Just look at what is happening in Ontario hospitals because Doug Ford is forcing a 1 percent wage cap on public sector workers, including nurses. These highly trained, priceless professionals are fed up and leaving the profession in droves. If education support workers continue to suffer such mistreatment, they too will turn their backs in search of jobs that can pay a living wage.

Stephen Lecce and Doug Ford are putting our kids’ support at risk by cutting public education, trying to hold wages behind inflation, and lobbing constant attacks at education workers. We already have a shortage of these valuable workers — the Conservatives’ attempts to make it worse are despicable. If these people leave, what will happen to the safety and education of our children?

New Democrats will keep fighting for the investments in schools that our kids need right now. But, we can ensure there are caring adults in the classroom to support students by giving education workers a decent standard of living. Mr. Ford should respect workers’ rights, rip up his anti-worker legislation, and return to the bargaining table with a fair deal that retains education workers rather than driving them away.

I won’t try to pretend that all the world’s woes can be resolved if everyone just abides by the guidelines taught to us at the knee of our parents and teachers. That is clearly oversimplistic. However, imagine how much better our community, province and the world would be if we think back and apply what we learned in kindergarten to our home, school, work, and play lives. Imagine what our world would be like if politicians also applied these lessons.

As always, please feel free to contact my office about these issues or any other provincial matters. You can reach my constituency office by email at [email protected] or by phone at 705-461-9710 or Toll-free at 1-800-831-1899.