Following a hiatus of almost three years, Cambrian College once again gathered its support partners together to thank them for their collaboration over the last few years.

College President Bill Best and Vice-President Shawn Poland opened the ceremonies on Thursday with a presentation to the family of Kenneth Russell, acknowledging his contributions to the founding health science programming at the college.

Moving to Sudbury to accept the position of chief technologist at Sudbury Memorial Hospital, Russell initiated the Sudbury School of Radiography where he was chief instructor until 1969.

He was appointed to the position of technical director of the Northern School of Radiography and subsequently was chairman of the Northern Ontario Health Science Schools which incorporated nursing, medical lab technologist and radiography programs.

Continuing his interest in education he was appointed co-ordinator of Health Science programs at Cambrian College.

Russell passed away on September 14th at the age of 88.

The evening also included special plaques presented to various supporters, including Domtar and the nominees for the upcoming Premier Awards.

Over 100 members of the Cambrian College community gathered in celebration of innovation and the incredible impact achieved by their generous donors and partners each year.

Many were recognized for their support in the e-Dome, followed by guided tours, food, drinks and fun in our Glencore Centre for Innovation.

Cambrian’s successes are truly attributed to the support of the many people that contribute their time, ideas, insights and dollars to the College with the goal of enriching the lives of Cambrian students and are community.

Ontario Power Generation (not in attendance, no photo)

Schneider Electric (not in attendance – no photo) 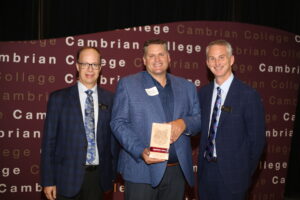 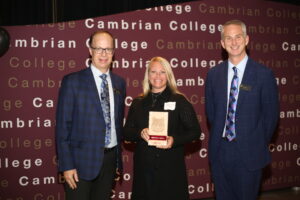 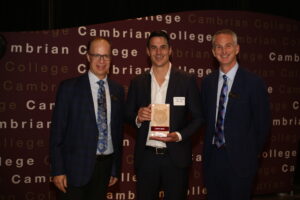 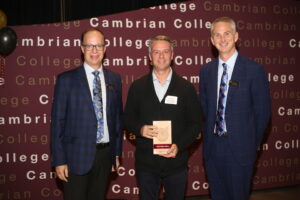 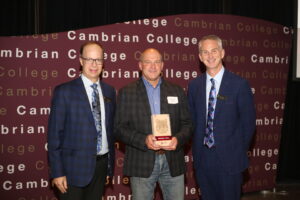 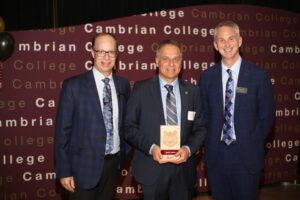 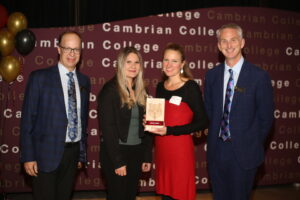