An Elliott Lake lawyer was humbled and proud to have a Pride Bench dedicated in his name.

Algoma Family Services in partnership with Elliot Lake Pride were on hand yesterday for the formal dedication in front of their city office.

Douglas Elliott is well known for his work on landmark constitutional cases such as same sex marriage.

He has also been counsel in class actions involving some of the largest recoveries including winning the largest Canadian judgement of $50 million in an action brought by a group of gay and lesbian Canadians seeking CPP survivor’s pensions against the federal government in Hislop v Canada.

He also played a key role in the national hepatitis C team that secured a $1.5 billion settlement from the federal and provincial governments in Parsons v Canada.

Elliot says he is thrilled to be acknowledged for his advocacy and the push for Pride rights over the last few decades. 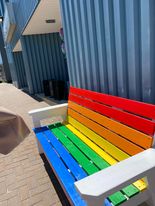 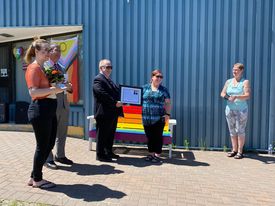 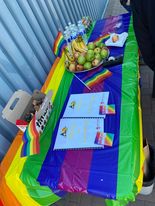 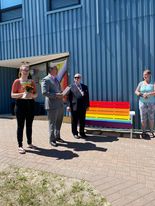 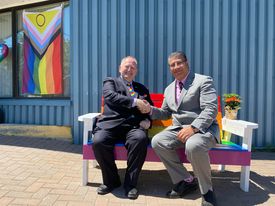 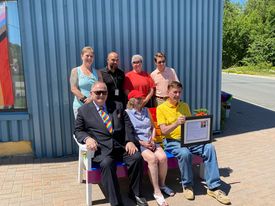 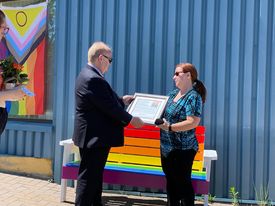 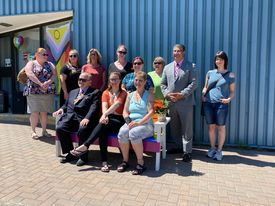