A tent city has been set up at the former site of the Algo Mall for the five-day homelessness challenge issued by Elliot Lake Mayor Dan Marchisella.

The mayor and members of the Elliot Lake Women’s Group, which oversees both Larry’s Place and Maplegate are on scene with other supporters.

Meanwhile, Algoma-Manitoulin MPP Mike Mantha says he cannot attend due to obligations at Queen’s Park, but he is working with security to sleep under a tree on the grounds in support of the campaign. MP Carole Hughes and mayors, Sally Hagman of Blind River, and Tony Moor of the Township of the North Shore are also supporting the campaign financially.

Marchisella is not only raising awareness by going homeless, he is hoping to raise at least $5,000 for the shelters.

Donations to the homelessness challenge can be made through the city of Elliot Lake website – https://forms.elliotlake.ca/Donation-Form? or the gofundme page set up by Maplegate House at https://www.gofundme.com/f/mayors-homelessness-challenge?  or by visiting Mayor Marchisella at his homeless site at the old Algo Mall location until June 25th. 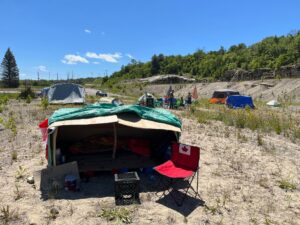 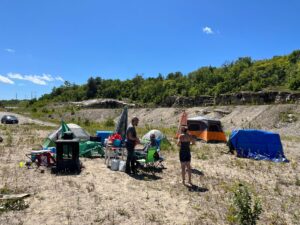 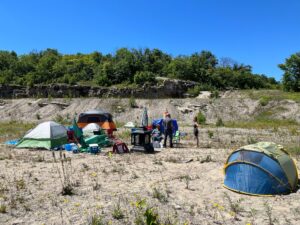 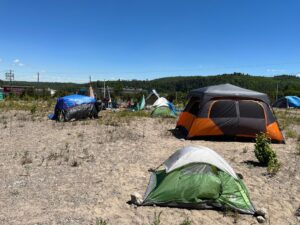 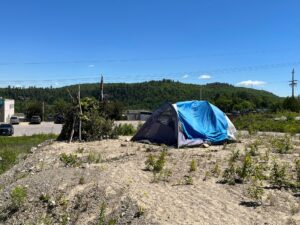 Hughes talks about redistribution of the riding process

Arrest made in connection to Manitoulin Island murder

Gathering today with focus on Blanding Turtle and the watershed

Hughes talks about redistribution of the riding process

Arrest made in connection to Manitoulin Island murder

Gathering today with focus on Blanding Turtle and the watershed