East Algoma OPP is investigating the theft of catalytic converters from a car dealership in Spragge.

Constable Beverly Gauthier says last Thursday, police were called out to the Algoma Chrysler dealership in Spragge to obtain video footage of the break-in.

She says the video, filmed shortly after midnight shows a small car, possibly red, dropping off two people at the dealership, and returning to pick them up just over an hour later after they had gone through several vehicles.

Gauthier adds one of them appeared to be carrying a reciprocating saw.

She says two catalytic convertors were cut off and stolen from a Toyota pick-up, but the thieves were unsuccessful in acquiring three others.

She adds anyone who has any information is asked to call the police or Crimestoppers.

East Algoma OPP has laid additional charges against two people previously arrested in connection to a break-in at a business on Paris Drive in Elliot Lake.

He says the two Elliot Lake residents, a 33-year-old man and a 30-year-old woman are facing additional charges of one count of break and enter and one count of possession of break-in instruments.

Young adds both are to appear in Elliot Lake court on April 5th. 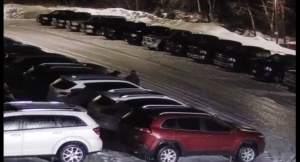 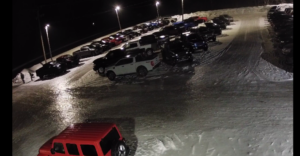 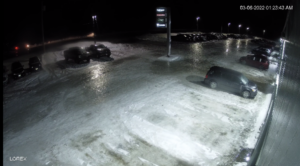 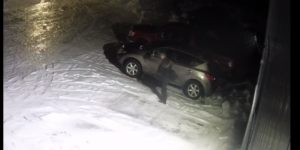