Fans these days may not be aware, but the Northern Ontario Junior Hockey League had its beginnings in Espanola.

The league is celebrating its 60th anniversary this week and on the scene from almost the beginning was Espanola’s David Harrison, long-time reporter, moderator, and historian.

He says 60 years ago on Sunday, January 29th, 1962, the first-ever league meeting was held at the old Espanola Hotel.

That was followed by the first game played in Sault Ste. Marie on Saturday, October 27, 1962, between Espanola and the Soo.

He adds despite COVID, it is a time to celebrate and wishes all 12 teams a dynamic finish to their 2021-22 season.

Harrison says through a trio of other subsequent meetings, the league was formed.

“The league was a success in most places, as prior to 1962, there had been only juvenile hockey,” recalled Harrison, on the early days of the NOJHL.

Play began on Saturday, October 27, 1962, at the Sault Memorial Gardens with the Greyhounds hosting the Eagles.

That match-up was scoreless through two periods of play, due in large part by the goaltending of the Soo’s Tony Esposito as the eventual Hockey Hall of Fame inductee kept his side in it, despite being outshot 24-12 after 40 minutes.

Early in the final frame, the Greyhounds’ George Kosteniuk notched the first goal in NOJHL history, 1:40 into the third period, as he beat Eagles netminder Steve Dubowsky.

The Eagles would finally solve Esposito, just over two minutes later, on a Terry Thompson effort.

However, Bobby Orazietti collected the game-winner for the home side with 8:25 remaining as they banged in the rebound off a Jean Thivierge slapshot as the Hounds skated away with the victory to collect the first triumph in league play.

Esposito finished with 36 saves and was named the game’s first star, while Orazietti and Espanola’s Ron Allain were recognized with second-and-third-star honours, respectively.

Allain eventually went on to be the league’s leading scorer and captured MVP laurels.

Backed by the stellar play of their goalkeeper, the Greyhounds went on to top the table, winning 11 straight down the stretch to finish six points clear of the Eagles to earn the regular-season title.

“The Greyhounds finished first in the league and were backstopped by Tony Esposito,” says Harrison. “He played all 40 regular-season games that year and finished with 28 wins, one tie, and 11 losses with a 2.60 goals-against average and four shutouts.”

However, in the playoffs, the Soo was upset by North Bay in a series that went the distance, with the visiting Trappers taking the finale, 4-2, in front of over 4,200 fans.

The other league semi-final was a rough and tumble affair that eventually saw Espanola dispatch Garson-Falconbridge.

In the first league final, it proved to be all Eagles as they handled North Bay in the minimum four games to win the inaugural NOJHL championship.

“Espanola had a strong team that first season, due to the local kids who had come up through the ranks and had good success in the years prior to Jr. A coming in,” recalls Harrison. “Many of those players, who played the first year of the league, had already won two NOHA titles previously and came out as league champions.”

The Eagles, led by the legendary Mirl (Red) McCarthy and features the NOJHL Coach of the Year award named in his honour, would then take two straight against the Timmins Flyers, by scores of 6-2 and 11-4, in a best-of-three set to claim the Northern Ontario Hockey Association Jr. A crown.

That earned them a berth 1963 Eastern Canadian Jr. A final versus a talent-laden Niagara Falls Flyers squad.

Niagara Falls went on to take the series in four straight games before eventually falling in six games to the Edmonton Oil Kings in the Memorial Cup championship series.

“I can remember that Espanola – Niagara Falls series,” says Harrison. “While the games were very one-sided down south, the same was not true when they were played at the Sudbury Arena and in Espanola.”

Game 1, held in Sudbury, saw 3,500 spectators take in the action, while 1,850 frenzied fans jammed into the venue in Espanola for Game 2, before the series headed south.

Continuing to look back on the league’s early days, Harrison reflects: “Large crowds were evident in those first few years. I look back on those days and it was a local player league, for the most part. There were restrictions as to where teams could get players and it led to many great crowds because the players were playing in front of many friends and family.”

Now 60 years later, the latest core of players in the league are keenly awaiting their chance to make their mark in the annals of NOJHL history. 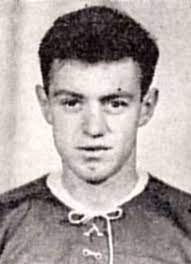 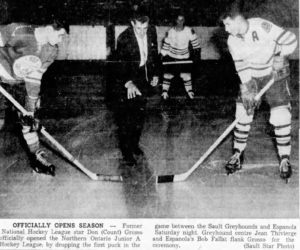 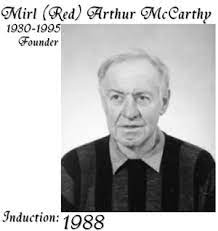