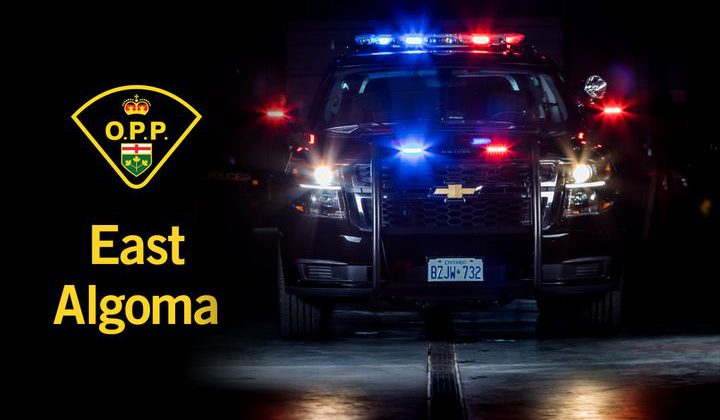 Photo provided by East Algoma OPP and used with permission.

East Algoma OPP has arrested a Mississauga First Nation man following several complaints from motorists and a bit of a chase.

He says a short time later, the truck had turned around and was heading east eventually making its way to Highway 108.

Young says the driver then turned around again and the pickup was finally stopped in Serpent River First Nation.

He says the 62-year-old from Mississauga First Nation was charged with the dangerous operation of a vehicle and failure to attend court.

Young says he is to appear in Elliot Lake court on March 3rd.