The COVID REPORT – reopening set in three stages, hospital restrictions stay in place and NOJHL plans return to the ice 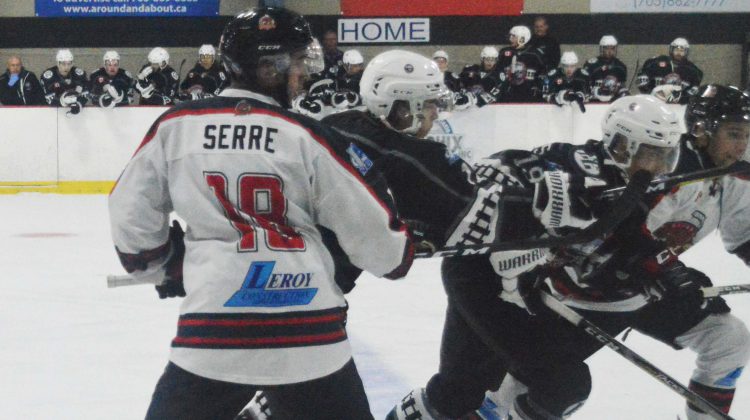 The Espanola Express returns to the ice soon with their counterparts in the NOJHL. Photo by Chad Clarke.

Two more stages are due each 21 days, with most restrictions to be lifted by mid-March.

The CEO of Cineplex says he’s “thrilled” that movie theatres can reopen at month’s end.

But Ellis Jacob says the further three-week delay in serving food and drinks is “unwarranted.”

Rocco Rossi, the president of the Ontario Chamber of Commerce, says he’s pleased to see some clarity from the Ford government.

But he says there also needs to be a longer-term program developed to better handle any future surges in COVID-19 numbers.

The current restrictions on non-emergency hospital procedures will continue in effect for some time.

Health Minister Christine Elliott says the peak of the latest COVID-19 wave appears to be near.

But hospitalizations usually lag behind infection numbers, and she expects the number of people in hospital to increase for another two to three weeks.

The government will also continue restrictions on visits to long-term care homes.

NOJHL announces restart date
The Northern Ontario Junior Hockey League, and its Board of Governors plan to restart its regular-season schedule early next month.
With the announcement made by the provincial government yesterday allowing the resumption of activities, the NOJHL looks to start up again on Thursday, February 3rd with two games on the slate.
Those two match-ups would feature the Hearst Lumberjacks hosting the Cochrane Crunch and the Espanola Express visiting the Greater Sudbury Cubs in a pair of 7:30 p.m. starts.
An updated regular-season schedule will also be released soon.