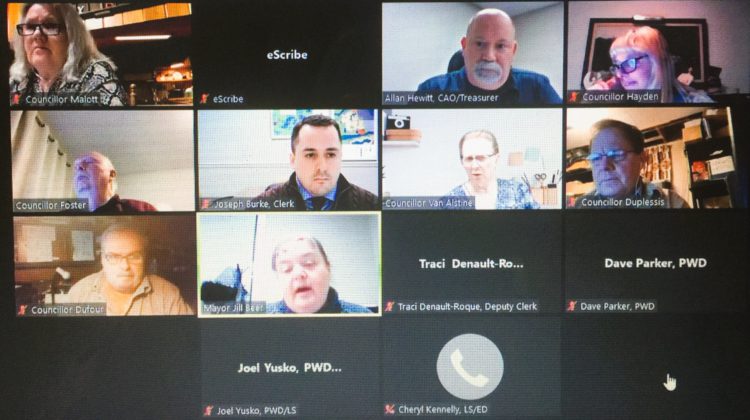 Espanola council has given its unanimous support to have the part-time court administration clerk/court reporter be full time in the Provincial Offences Act office. Photo by Rosalind Russell

Espanola council has given its unanimous support to have the part-time court administration clerk/court reporter be full time in the Provincial Offences Act office. The change in hours will be on an as needed basis to deal with the backlog. Department manager Christine Desjardins states in her report that in August of last year, a request was made to make the position fulltime adding it will likely take at least a full year to be caught up with the backlog that resulted due to the pandemic.

She adds although the POA office has not fully caught up with resolving the outstanding matters since the beginning of COVID, having the extra help over the past few months was essential for the POA to catch up in scheduling these matters to court.

Desjardins says the office has managed to schedule all the outstanding court matters since 2019, but many are not resolved and will take until at least the fall.

She says the office requires two people attending court and a third to remain in the office to cover the normal daily duties.

Council agreed stipulating the matter will be reviewed once the backlog is cleared.