The Women in Song trio of Blind River took the opportunity of the local radiothon to look at creating another Christmas album.

Lois O’Hanley-Jones, Patty Dunlop and Debbie Rivard have been sharing their musical talent for over 20 years, which resulted in a debut album back in December 2020.

The idea to record and release the song came because of a call-out from radio station Moose 94.1 FM in Elliot Lake, and now they plan to record a Christmas album with 12 original songs to be released in November of 2022.

Blind River Christmas Eve can be heard on most streaming platforms including iTunes, Spotify, Amazon Music, and YouTube. 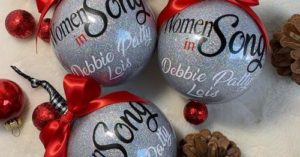