At council’s last meeting, Councillor Ed Pearce brought forth concerns about what he perceives as a lack of accountability by the OPP regarding services in the city and the costing process.

Sturgeon states council does not control OPP or staffing since those matters are the purview of the OPP and are a critical component of the independence of the police,

He adds elected officials must not become involved in operational policing matters, attempt to influence police investigations or take any actions that could be perceived as jeopardizing the integrity of the justice system.

He also clarified specific references made by Pearce and offered to meet with council to review the costing process and related services.

His response is below … 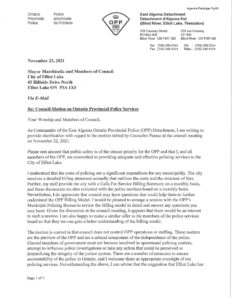 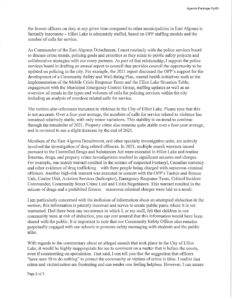 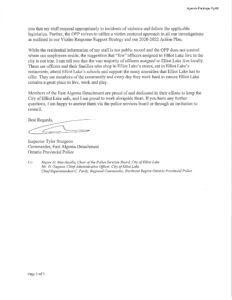