CSC Nouvelon elects its President and Vice-President for 2021-2022 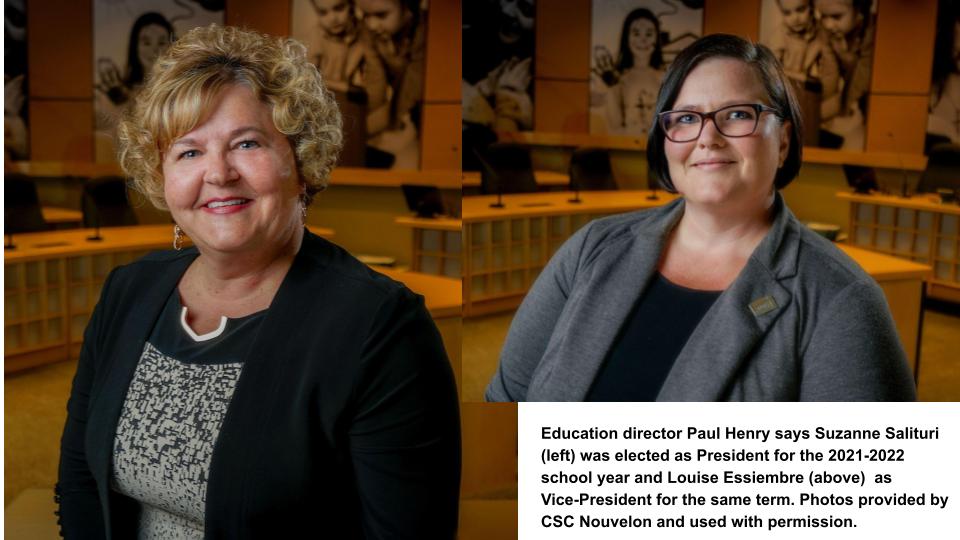 During its inaugural meeting, Conseil scolaire catholique Nouvelon school trustees elected their chair and vice-chair for the new term.

Salituri says with the support of a great team of trustees, she is committed to pursuing the work ensuring a high quality of education for students in our schools.

CSC Nouvelon has schools throughout the North including Espanola’s Ecole de la Renaissance.