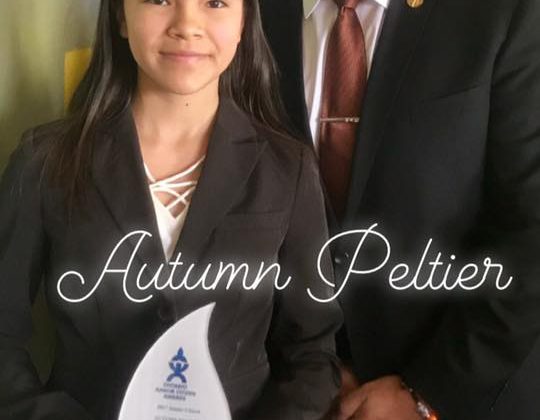 Manitoulin Island’s Autumn Peltier is being featured in a special edition of a national publication.

Peltier says she is honoured to be not only on the front cover but also interviewed by MacLean’s Magazine for its Special The Year Ahead 2022 edition.

She is amazed to see her message and her advocacy work for water being recognized and featured by the magazine.

In April 2019, she was appointed Chief Water Commissioner by the Anishinabek Nation and has spoken about the issue of contaminated water on Indigenous reserves in Canada at the United Nations.

For her activism, Peltier was nominated for the International Children’s Peace Prize in 2017, 2018 and 2019.

Earlier this month she was also awarded the Foundation Prince Albert II de Monaco Planetary Health for Water Prize 2021, the youngest Laureate to receive the honour.

The special edition is on newsstands now.