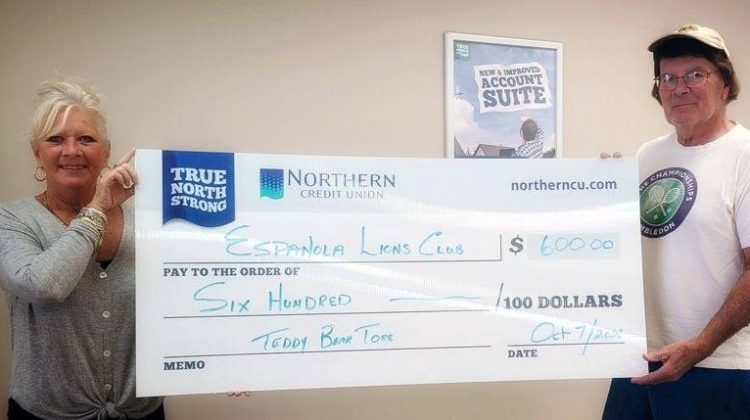 The annual Teddy Bear Toss hosted by the Espanola Lions Club is getting a bit of a boost this year.

Lions’ member Grant Lewis says at Christmas, the Lions club hosts a toy drive to make sure all kids have something under the tree.

He adds last year, the club helped out 92 families and delighted over 210 kids, and every one of those children got a teddy.

Lewis extends a thank you to the Espanola branch of the Northern Credit Union which has made a $600 donation to the cause.

The Lions Christmas program will begin in November.