Is it the Holy Grail? 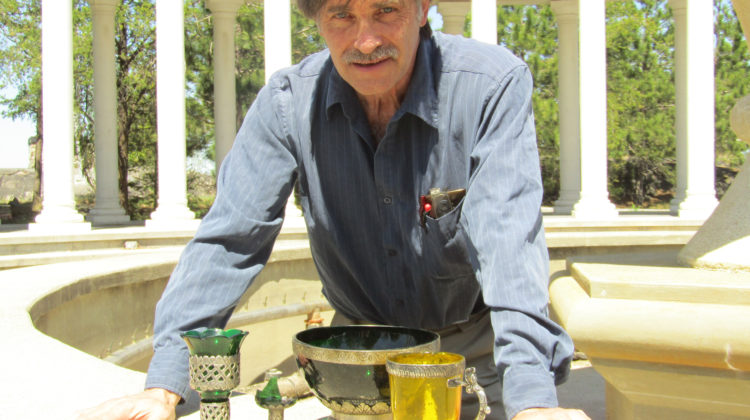 Sudbury researcher and writer, Peter Churan, has taken 17 years of research into some ancient pieces that he alludes could be the Holy Grail. He says it is up the reader to draw their own conclusions. Photo provided by Peter Churan and used with permission.

A Sudbury-based writer is introducing a new book that opens the doors to the possible reality of the Holy Grail’s existence.

The grail is most identified as the cup that Jesus drank from at the Last Supper and that Joseph of Arimathea used to collect Jesus’s blood when he was crucified.

Peter Churan says he purchased an ancient religious glass set and a small bronze statue of Aphrodite at a flea market 17 years ago and began his research.

Churan says he believes the pieces may have been created in the Western Turkey or Bulgaria area, travelling through the Middle East, then through modern Europe with the Augustines, and eventually making their way to New France and Northern Ontario.

His novel, The Mystery of the Ancient Cup, captures those years of research and features some 80 photos and extensive scientific and historical data.

It is being released today, online and in bookstores.

He stresses he wrote the book as objectively as possible so readers can form their own conclusions.

‘The Mystery of the Ancient Cup’ is available in select bookstores and via online purchase. The e-book available on Amazon, Barnes and Noble and Smashwords.

Anyone wishing to discuss his research and findings, can reach him via email at: [email protected].