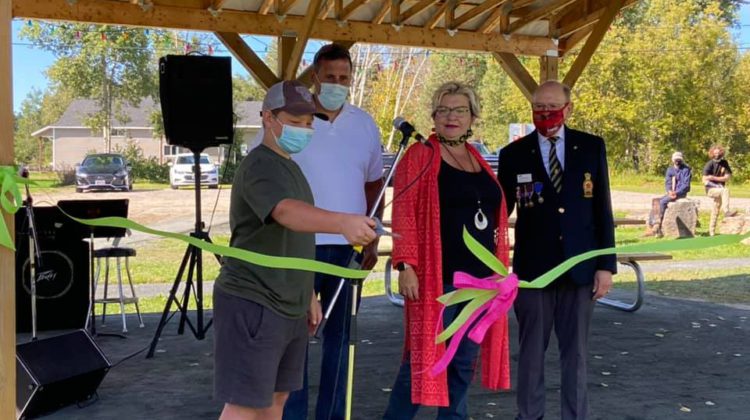 The Community Peace Garden grand opening has perfect weather for its grand opening this past Saturday. Live music, plenty of hamburgers and hotdogs, games for the kids and so much more were the order of the day. Photos by Carol Hughes – used with permissions and Rosalind Russell – myespanolanow.com/myalgomamanitoulinnow.com staffer.

Some 80 people came out on Saturday afternoon to take in the grand opening of the Community Peace Garden in McKerrow.

She says the festivities included a barbecue, music and games for the children.

Bates added the garden was funded through the collection of gas taxes and was a finalist for the Association of Ontario Municipalities Gas Tax Awards.

She adds even though they did not win, the Peace Garden is being featured in a promotional video and it has become one of the biggest attractions in the small community.

A main feature is the Peace Pole A Peace Pole is an internationally recognized symbol of the hopes and dreams of the entire human family, standing vigil in silent prayer for peace on earth. Each Peace Pole bears the message May Peace Prevail on Earth in different languages on each of its four sides. Ours has English, Ojibway, French, German, Scottish, Dutch and Spanish on it. There are an estimated 250,000 Peace Poles in every country in the world dedicated as monuments to peace. and we are proud to have one right here in Baldwin.

Planting a Peace Pole is a way of bringing people together to inspire, awaken and uplift the human consciousness the world over. Peace Poles are now recognized as the most prominent international symbol and monument of peace. They remind us to think, speak and act in the spirit of peace, harmony and kindness.

Our thanks to Gary McPherson former resident of McKerrow and President of the Royal Canadian Legion Branch 39 for dedicating this Community Peace Garden.

I would like to give a special heartfelt thank you to Nellie Hiros who over the past two years has donated her own plants and many hours of her time to help build and maintain these beautiful gardens.  Her dedication is truly amazing!

The Mayor and all of the council’s support towards this project was important to see this initiative through. I would also like to thank township employee Roger Hannon for his tireless efforts to make this garden a reality.  Kudos to all the helpers who joined in to make the AMO video successful and to the Fire Fighters and volunteers who have been absolutely invaluable in making today possible.  Once again the Hardwood Boys got our toes tapping as we listened to some fabulous music. 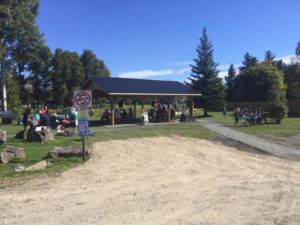 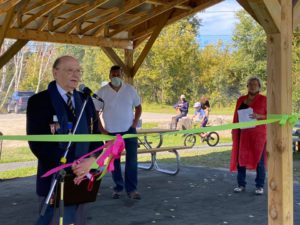 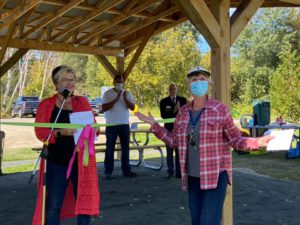 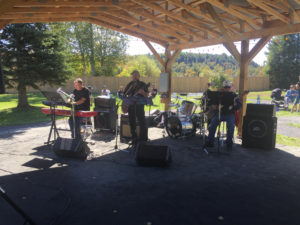 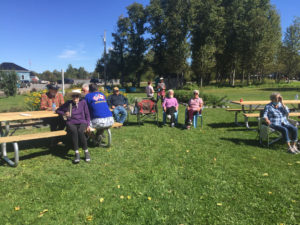 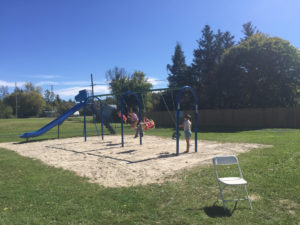 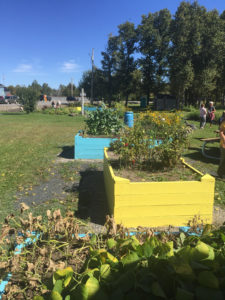