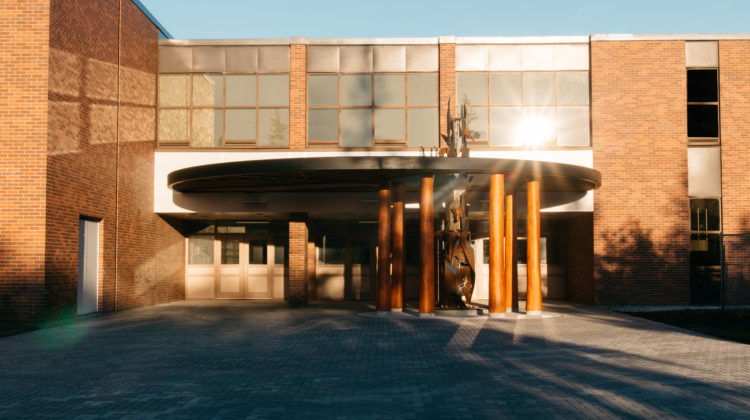 Manitoulin OPP is continuing their investigation into an altercation, which occurred at Manitoulin Secondary School in Billings Township on Manitoulin Island late yesterday afternoon.
OPP Media Relations Officer Constable Robert Lewis says yesterday afternoon just before 3 pm, OPP and UCCM officers were called to the school where there had been an altercation.
He says several students received non-life-threatening injuries during the incident.
Lewis says a 16-year-old from M’Chigeeng First Nation has been arrested and charged with assault causing bodily harm, assault with a weapon, and possession of a weapon for a dangerous person.
He adds the youth, who cannot be identified under the Youth Criminal Justice Act was given bail and is to appear in Gore Bay court in October.
Lewis emphasizes there are no public safety concerns.
If anyone has any information or video in relation to this incident, contact the OPP at 1-888-310-1122. Should you wish to remain anonymous, you may call Crime Stoppers at 1-800-222-8477 (TIPS) or submit information online at www.ontariocrimestoppers.ca where you may be eligible to receive a cash reward of up to $2000.

ORIGINAL STORY: Manitoulin Secondary School is surrounded by a strong circle of care this morning following a serious incident that occurred at dismissal on Tuesday.
School administration acted quickly to de-escalate a conflict between students.
“We are working with all of our partners on Manitoulin Island to support our students and staff and ensure their overall well-being,” said Director of Education Bruce Bourget. “When an incident occurs, it affects everyone and we come together as a school community to support each other.”
The Mnidoo Mnising Crisis Response Team is on-site joined by members of the Rainbow District School Board Mental Health Team, school board administrators, and local First Nations representatives. Ontario Provincial Police and U.C.C.M. Anishinaabe Police will also be on-site throughout the day to offer support.“Our focus is on assisting with the investigation, supporting our staff and students, and working with our community partners to move forward with a focus on safety and continued collaboration,” said Director Bourget.He added: “On behalf of Rainbow District School Board, I would like to thank our community partners for working together with safety first and foremost.”