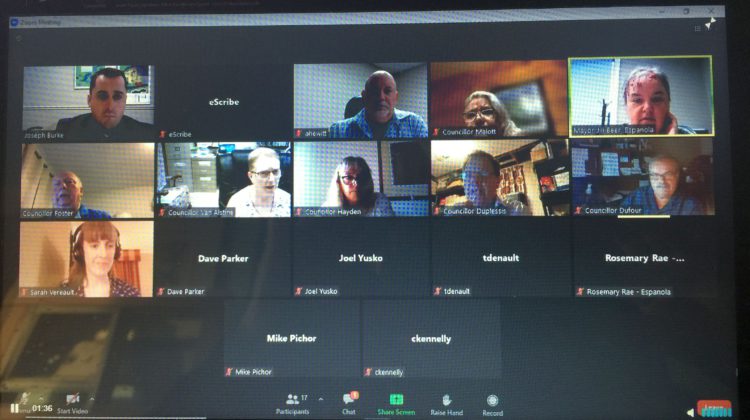 Espanola council has accepted a final draft of the trailer licencing bylaw. Final readings are expected at next month’s meeting. To review the entire document, visit espanola.ca, click on council, click on September 14 agenda and open pdf. Photo by Rosalind Russell

Espanola council has accepted a final draft of the trailer licencing bylaw.

Back in June, council adopted the town’s new Zoning By-law, but following the meeting there were concerns raised by property owners about trailers and where they could be located.

Planning Consultant Sarah Vereaullt told council their concerns were addressed including allowing the construction of a deck, that a trailer can be used for temporary housing while building a home and an accessory structure of 80 square feet can also be built.

She adds originally, the town proposed a $1,000 fee, but that has been reduced.

Council agreed to the final draft and will give the bylaw final reading at its next meeting.