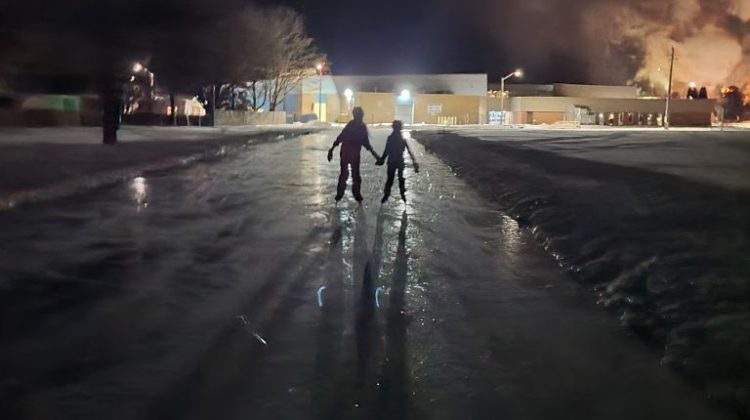 Last year’s oval ice rink adjacent to the Espanola Regional Recreation Complex was maintained by the Espanola Lions Club with some assistance from Public Works. A presentation was made to Espanola council by club spokesperson Rock Taylor who says the club wishes to do the same again this upcoming winter. Photo by Espanola Lions Club.

The Espanola Lions Club not only setup but maintained the skating oval adjacent to the Espanola Regional Recreation Complex last winter.

The club wishes to do so again and appeared before Espanola council to outline their plans.

Police checks, WSIB and health & safety training was required as well as nearly 400-man hours to maintain the ice.

He says the club also paid the additional $500 needed for additional insurance.

Mayor Jill Beer accepted his report and suggested he meet with Public Works and other town staff to work out the terms for a contract for the 2021-22 season.