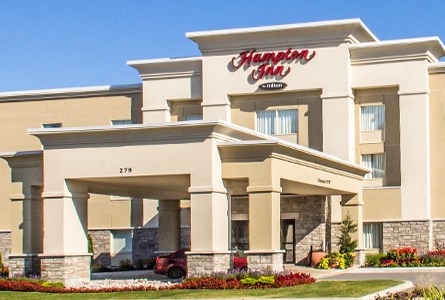 Elliot Lake council will be waiting another month or so before discussing implementing a four percent Municipal Accommodation Tax on motels, hotels, lodges and beds&breakfasts while a sub-committee reviews the proposal, which was not done due to the pandemic. The original proposal was made in November of 2019. The Hampton Inn in Elliot Lake would be one of the businesses affected if the tax goes into effect. Photo by Elliot Lake tourism

Elliot Lake council will be reviewing a potential municipal accommodation tax once again, but not until it goes for review by a sub-committee of council.

Back in November 2019, the idea was discussed about adding four per cent as a Municipal Accommodation Tax to hotels, motels, lodges and bed & breakfasts in the city.

A report was to be made to council this week, but Councillor Chris Patrie pointed out the matter never made it to one of the city’s sub-committees for comment and as part of the original motion, that would still have to happen.

Mayor Dan Marchisella agreed because it is part of the procedural bylaw.

To that end, the matter will go to the committee for input and will be back on council’s agenda for further discussion next month.