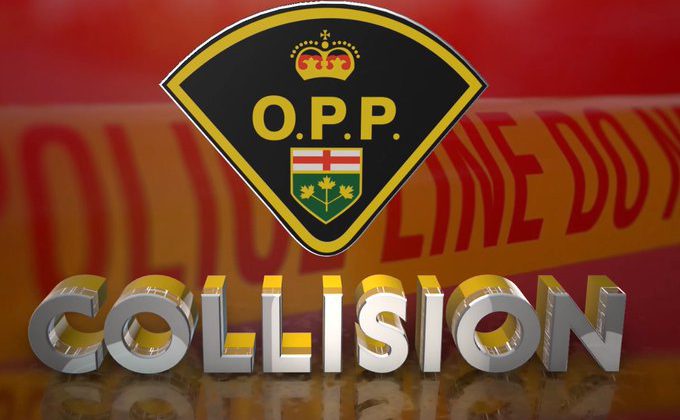 The investigation into a collision that has sent an eight and 12-year-old to hospital is still under investigation. Photo provided by OPP

Local OPP is investigating a serious collision that took place on Manitoulin Island.

OPP Constable Bev Gauthier says just before one pm yesterday afternoon police and medical personnel responded to a motor vehicle collision involving two passenger cars on Highway 540 in between Newburn Road and Lakeshore Road in the Town of Kagawong.

She says five people from one vehicle and two occupants from the second vehicle were transported to a local hospital in Mindemoya.

She adds two of the five passengers, an eight and 12-year-old sustained life-altering injuries.

The 12-year-old was later transported to a Toronto hospital by Air Ornge.

Gauthier says the investigation is ongoing and further information will be released as it becomes available.