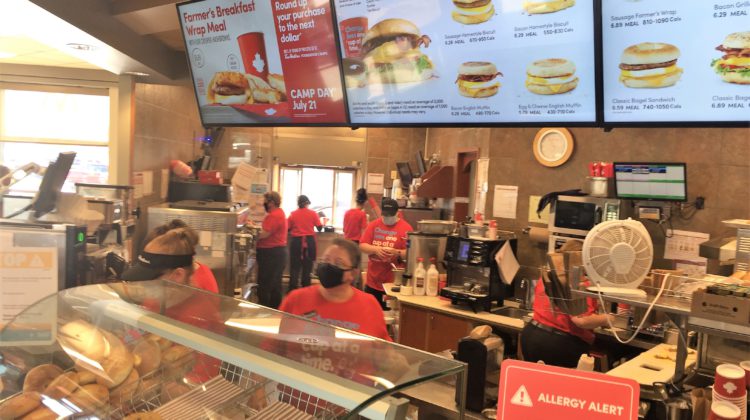 Moose personalities were out and about with Camp Day in the Elliot Lake and Espanola area last Wednesday, July 21st. The Moose were on site to help promote Camp Day and sending children to camps. Nearly $30,000 was raised in the local area. Photos – Graeme Thompson and Rosalind Russell – Moose morning hosts

Due to the overwhelming success of this year’s Camp Day, over 20 local children will attend virtual Camp this summer.

Six Tim Hortons in our local coverage area have raised over $29,000 through coffee sales to send children to camp.

Al Martin, the new owner of two franchises in Blind River, Espanola, McKerrow and Little Current says they were successful in raising nearly $22,000 with several volunteers helping out including the OPP, mayor of Blind River and Baldwin Volunteer Firefighters.

The rest of the money, over $7,400 was raised in Elliot Lake with new owner Erin Brunelle saying she is thrilled by the support shown by the community for the program.

Both owners hope to see the children able to attend Tim Horton Camps in person next year. 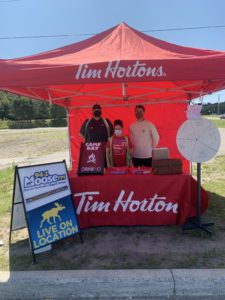