Espanola Legion just one of many supporting service dogs 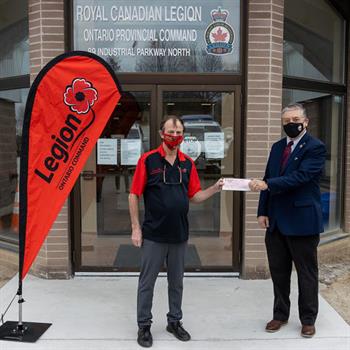 The Espanola Legion is just one branch of many that assists Wounded Warriors Canada with its service dog program. Ontario Command President Garry Pond recently presented a $350,000 donation to Phil Ralph, the Director of Health Services at WWC. Photos provided by WWC and Ontario Command

The Espanola Royal Canadian Legion is just one of several branches across Canada that donates to Wounded Warriors Canada.

The program pairs veterans with life-changing service dogs that are trained in many ways to ease anxiety, stabilize sleep patterns and help with nightmare interruption brought on by PTSD and other mental health issues.

Ontario Command President Garry Pond says through their Operation Service Dog program, close to $1 million dollars has been donated by their Legion branches and Ladies’ Auxiliaries.

Pond recently presented a $350,000 donation to Phil Ralph, the Director of Health Services at WWC.

He adds since the initial donation by Ontario Command, Wounded Warriors Canada has facilitated the placement of 11 PTSD Service Dogs to Ontario Veterans, with approximately 30 others currently in training.

To learn more about the WWC program visit: https://woundedwarriors.ca/our-programs/ptsd-service-dogs/ 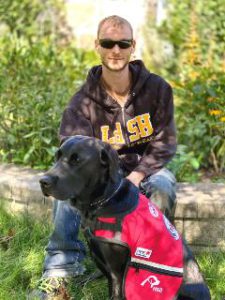