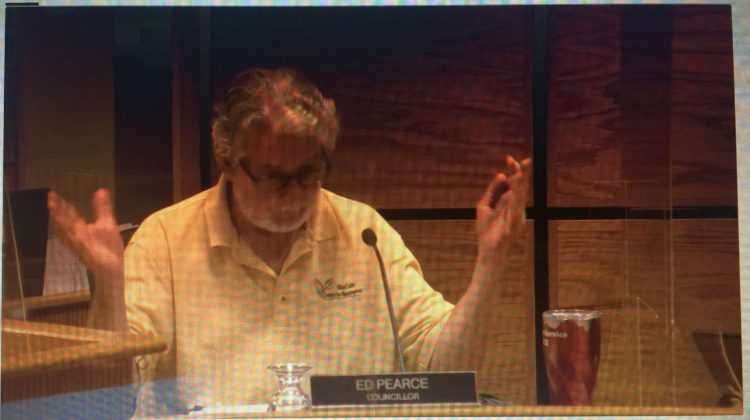 The former IC in Elliot Lake is taking the city to court to fight against a judge's decision in regards to one of their council members. Earlier this year, a Superior Court judge has rendered a decision in the conflict-of-interest case against Elliot Lake Councillor Ed Pearce. Pearce says although the judge found that he was in breach, he also found that the actions he took were in good faith and he did not gain anything from them either monetarily or otherwise. Photo by Rosalind Russell - /myalgomamanitoulinnow.com staff

Elliot Lake’s former Integrity Commissioner has filed an appeal of a Superior Court judge’s decision in respect to a Municipal Conflict of Interest Act application against Councillor Ed Pearce.

City CAO Daniel Gagnon says back in March Justice Edward Gareau determined that Pearce had an indirect pecuniary interest when he voted on a matter at council, stating it contravened the statute but that he should not be removed from office.

However, the Integrity Commissioner, E4M Incorporated, has taken the position that the reprimand ordered by Justice Gareau is not equal to the nature and scale of the breach of the statute.

Gagnon says the IC is an independent officer of council and has the authority and discretion to pursue applications against sitting councillors under the Municipal Conflict of Interest Act with council or the city having no control.

He adds the city carries the obligation to pay for all legal expenses of the IC and Pearce to pay for his legal defence.

Gagnon says there are no additional details available regarding the appeal timing or process.