A look at the local numbers …

Considering resolved cases, there are 335 active cases within its jurisdiction.

Two of the new cases were in the Manitoulin District, one in the wider Sudbury District and the rest in the City of Greater Sudbury area.

Anyone who was at these locations over the last week should get themselves tested.

Health Sciences North is reporting a decrease in admitted patients, down to 32 individuals, 22 confirmed as COVID-19 and the rest waiting for test results.

Algoma is reporting three new cases over the weekend.

Two are in the Sault Ste. Marie area, one in central Algoma.

All three are in self-isolation

The agency is also advising anyone who visited Tim Hortons in Sault Ste. Marie, located at the corner of Great Northern Road and Third Line from 5:00 am to 1:30 pm on March 23rd and 24th should self-isolate and if they show symptoms, be tested for the virus.

Education Minister Stephen Lecce wants the federal government to ensure it’s ready to purchase and distribute vaccines, once they’re approved for use in children.

Currently, vaccines aren’t being administered to those under 18 because their safety and effectiveness aren’t yet understood.

But that information is expected to be ready soon and Lecce says it’s important that Ottawa be ready to move.

In a letter to federal Health Minister Patty Hajdu, Lecce says inoculating children as quickly as possible will ensure that the next school year will be as safe as possible, and allow the full reopening of child care.

So far, there have been more than 12-thousand COVID-19 cases have been diagnosed in Ontario schools, 2,000 of them in the past two weeks alone.

Some places waiting for people to call

Despite the increase in the vaccine supply, some regions in the province say they still have inoculation appointments that haven’t been filled.

Toronto Mayor John Tory says many slots haven’t been filled for this week, even as the city opens three mass-vaccination clinics.

There have been almost two-million vaccine doses administered in our province to date with more than 309-thousand people having received both shots.

Ontario recorded more than 24-hundred new cases yesterday the fourth day in a row the number has exceeded the two-thousand mark.

Fake COVID-19 documents at the border

The Canada Border Services Agency reports more than 99 percent of people arriving in Canada by land and by air have complied with the requirements that they provide a negative COVID-19 test when they cross the border.

But a handful has not.

Ten were discovered at airports since early January, while 20 others were caught at our land borders since mid-February.

The agency says it’s aware that fake test results are being produced and it’s working with officials in other countries to detect and intercept them. 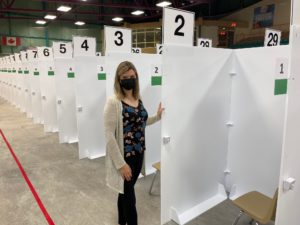 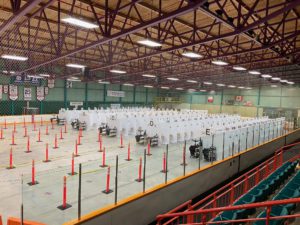 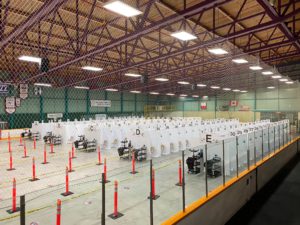 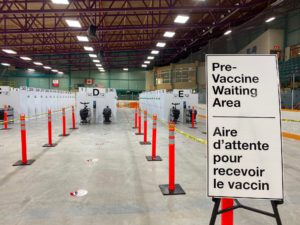 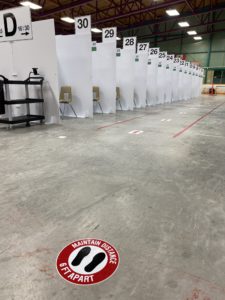 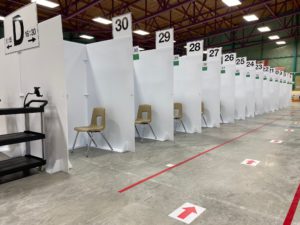 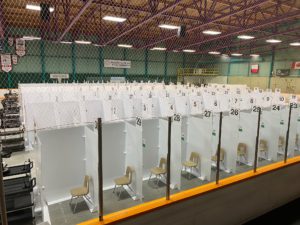 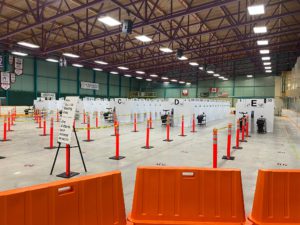 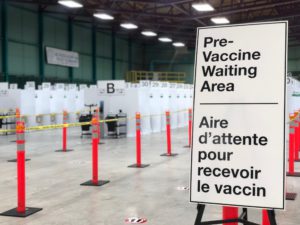 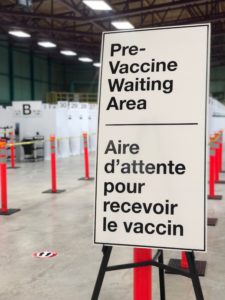 Homelessness Challenge continues to do well

The CSPGNO honours its employees

Angus speaks out on price gouging