She has received international accolades for her work in advocating women’s issues, has won book awards for her writings, and even received the Governor General’s award for her feminist work … and she was stalked for over ten years.

Mnidoo Mnising’s keynote speaker for Women’s Wellness Day, Julie Lalonde, told her virtual audience that if her stalker had not died, she would not be sharing her story because of the fear for her life and the lack of security offered by police agencies.

Lalonde says people may find it ironic that it took his death to share her story, but stalking, which is known legally as criminal harassment, is underreported in Canada.

Thanks to the generosity of several donors, she was able to partner with the incredible artist Ambivalently Yours to create a PSA with practical advice for victims and their allies.

The hope is that the project will expand and become a clearinghouse of information on criminal harassment in Canada with practical tips and resources.

The information is available at https://outsideoftheshadows.ca/

And her story is available at https://writersfestival.org/events/spring-2020/resilience-is-futile-the-life-and-death-and-life-of-julie-lalonde

It won the 2020 Ontario Speaker’s award and was named one of the best books of the year by CBC Books and the Hill Times. She has won numerous awards for her advocacy work including “Best Volunteer in a Leading Role” by Volunteer Ottawa and the Governor General’s Award in Commemoration of the Persons Case.

Lalonde addressed over 60 people during the virtual presentation to groups and women across Manitoulin Island and the North Shore corridor yesterday. 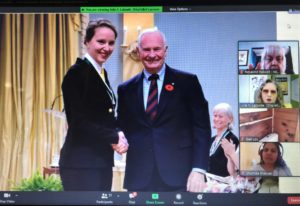 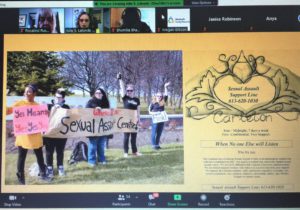 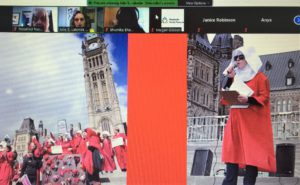 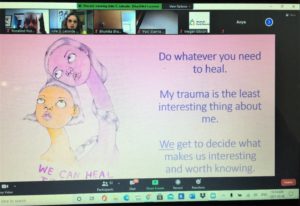