SPORTS: NOJHL to resume play – Express back on the ice tonight – Beavers tomorrow 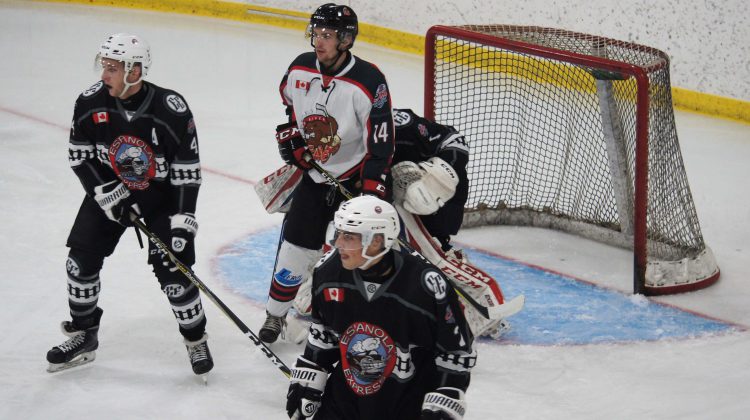 The Northern Ontario Junior Hockey League says in partnership with local Public Health Units, the regular season play will resume beginning this evening
Commissioner Robert Mazzuca says teams will only play those clubs in the health unit jurisdiction they are a part of.
The Espanola Express and French River have agreed to a current four-game schedule while the Blind River Beavers and Soo Thunderbirds have a six-match-up slate on the docket.

The Timmins Rock and Cochrane Crunch will also be meeting with their to be released once finalized. Also, due to ongoing COVID-19 restrictions the Hearst Lumberjacks and Kirkland Lake Gold Miners will not be continuing their season, but look forward to returning for the 2021-22 campaign.

As for the Rayside-Balfour Canadians, they are currently idle, but the league is exploring other options for them to possibly play against Sudbury area under-18 programs.
Rayside-Balfour is also slated to play NOJHL games against the Espanola Express and French River Rapids in the next series of games in the Public Health Sudbury & Districts jurisdiction in March.
With the regional restrictions currently in effect, we continue to work closely with all concerned groups to further allow for the opportunity for players to hit the ice for game action, safely and with the utmost protection and care, says Mazzuca.

While unfortunately there will not be a NOJHL champion crowned for a second consecutive year, development of the players and allowing them to showcase their skills will allow those teams playing the opportunity to make their mark as we all deal with these trying times, adds Mazzuca.