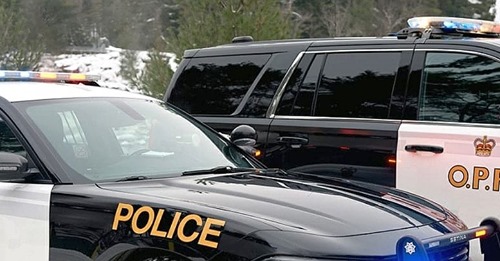 East Algoma OPP have arrested a Plummer Township man after following tracks in the snow.

OPP Constable Bev Gauthier says on Tuesday evening officers responded to a break and enter that occurred sometime overnight at a residence on Cloudslee Road.

The investigation determined the suspect gained access to the house by forced entry through a door with police observing fresh tire tracks, footwear impressions, and drag marks in the snow.

Police tracked the tire impressions to another residence on the same road and matched the tire tracks of a vehicle parked in the yard and fresh boot impressions in the snow.

Gauthier says a 22-year-old man was found at the residence, arrested, and charged with break & enter, breach and possession of stolen property.

The accused appeared in Blind River video court on Wednesday and was remanded into custody.