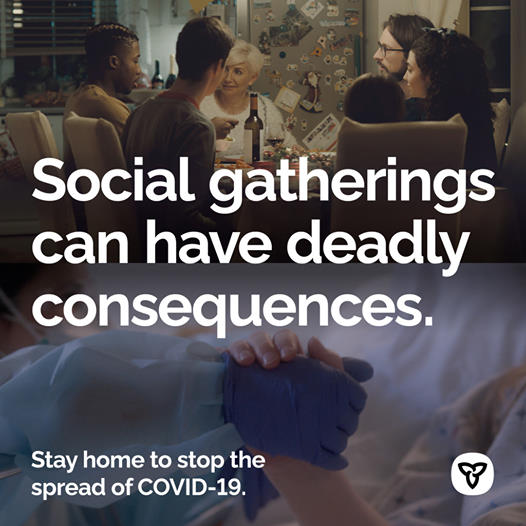 Local outbreaks, another death and a variant identified

A patient and a staff member tested positive.

The agency says currently the outbreak has been contained and there is no evidence of ongoing transmission.

The agency is also reporting a COVID-19-related death in Greater Sudbury, a resident of Amberwood Suites retirement home.

The health unit also received confirmation from Public Health Ontario that a second has tested positive for the COVID-19 UK variant, one of the three possible cases reported on February 5th.

A look at the local Sudbury, Algoma numbers

Public Health Sudbury & Districts had three more cases of COVID-19 on Sunday bringing the last three-day total to 10, all in the Greater Sudbury area.

Considering resolved cases, there are 28 active cases with two people in the hospital.

And despite an outbreak at Health Sciences North, the number of admitted patients at HSN with COVID-19 has declined from 15 to five with two patients in intensive care.

A look at the Ontario numbers

Ontario has recorded its first case of the Brazilian variant of the coronavirus.

It was discovered in Toronto, in a person who had recently arrived from Brazil and that person is now in hospital.

We also have our second case of the South African variant, also in Toronto.

So far, health officials have identified 174 cases of the U-K strain.

All three are considered much more infectious than the original version of the coronavirus.

However, the number of people being treated in hospitals has declined to 926, the lowest level since early January.

Of those patients, 335 are in intensive care.

We’ll likely see a staged return to colour-coded restrictions, as the provincial government’s stay at home order expires on Wednesday.

The plan, which could be unveiled as soon as today, would see areas of low COVID-19 transmission allowed to resume some activities first.

But the lockdown could be extended in hard-hit regions in and around Toronto until the rate of new infections eases further.

Who goes back to school today?

Schoolchildren in 13 public health regions will be able to return to in-class learning today for the first time since before Christmas.

With the return comes increased protections, including mandatory masks for all students from Grade One and up and increased testing in schools.

The provincial government has expanded its list of essential workers eligible for emergency child care for the third time.

Education Minister Stephen Lecce says the program is being expanded because children in the three COVID-19 hotspots in and around Toronto won’t be returning to in-person classes until February 16th.

There was no word on why the two groups weren’t included earlier.

Vaccines on the way

Federal Procurement Minister Anita Anand says the delays in vaccine shipments are “largely behind us.”

Anand tells the CBC that she has received “solid assurances” from Pfizer and Moderna that they will reach their targets of six-million doses for Canada by the end of March.

Pfizer has blamed its slowdown on the expansion of its plant in Belgium, but Moderna has not provided reasons for its delays.

Anand says provinces should be ready for a steep increase in vaccine shipments as of next week.