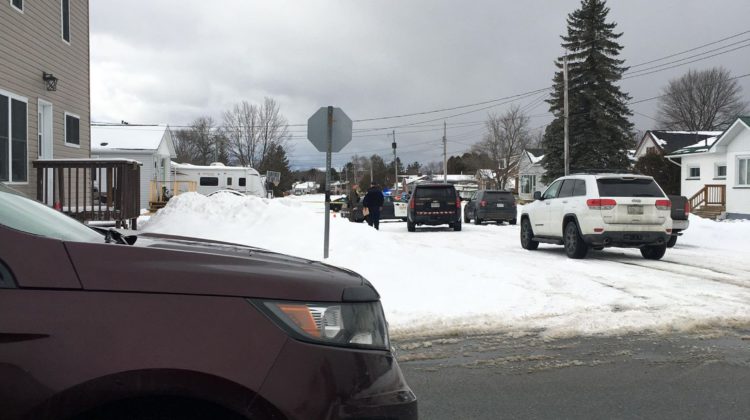 On Thursday, January 21, 2021, members of the Manitoulin Detachment of the Ontario Provincial Police responded to a shooting incident on Albert Street in Espanola.
A person suffered a gunshot wound and was transported to hospital.
Witnesses observed numerous people running away from the house afterwards.
The OPP and Greater Sudbury Police Service Tactical Unit arrested three individuals a short time later in Lively, just outside of Greater Sudbury.

The three individuals have each been charged with attempt to commit murder using a restricted firearm and break & enter.

They are Jayline Bastein, 19-years-old of Brampton, Jaisha Mesquiot, 20-years-od of Markham and Jaedyn Williams, 18-years-old of no fixed address.

All three accused persons appeared before the Ontario Court of Justice Bail Court in Espanola on Friday, January 22nd and were remanded into custody.

The OPP is asking for assistance in locating two persons of interest who left the residence after the shooting.
The first person is described as a heavyset male, wearing light coloured cargo pants and a blue jacket with a hoodie.
The second person is also described as male, wearing a brown jacket and a black toque.

Anyone with information regarding this incident is asked to call the OPP at 1-888-310-1122 or your nearest police authority. Should you wish to remain anonymous, call Crime Stoppers at 1-800-222-8477 (TIPS) or visit www.p3tips.com where you may be eligible to receive a cash reward of up to $2,000.

The OPP reminds the public to be aware of their personal safety at all times. The OPP’s website, opp.ca contains a number of useful resources, tips and links which are available to the public to assist with this purpose.

The investigation remains ongoing with members of the OPP Manitoulin Detachment Crime Unit under the direction of the OPP Criminal Investigation Branch.