A former Espanola police chief could be facing civil lawsuits by former members of the Espanola Police Service Association, made up of both officers and civilians.

Ed Stortz, the former president of the association, says they just received the final report last Friday, a full year since it was released to the town and former police board members.

He says back in 2017, the former police board received a request to investigate several sexual harassment allegations that had been made by four members of staff against former Police Chief Steve Edwards who was then placed on leave.

The same day, the commission also informed the board they had received two more allegations, one that Edwards had a drinking problem and two, that he was verbally abusive and was a bully.

Stortz says in 2018, the commission interviewed 10 officers and nine civilians and gave time to Edwards to respond to the allegations, but the municipal police service was disbanded later that year.

He adds due to the disbandment, the commission had to drop the investigation because Edwards was no longer a police officer.

Stortz says despite it taking a year to receive the report, several members are now looking at possible civil lawsuits against Edwards. 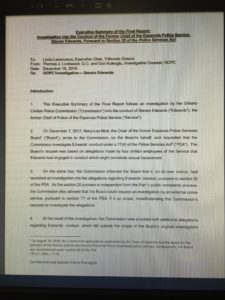 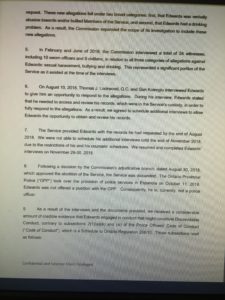 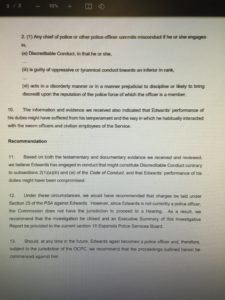