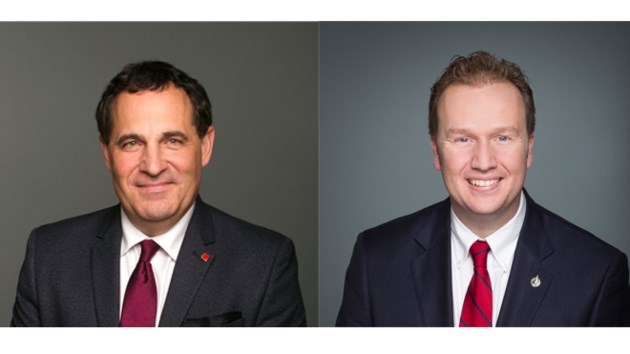 Canada is investing in adaptation to climate change, to ensure that families and communities remain strong and safe.

Lefebvre says Indigenous communities, particularly in the North, are having to adapt to unprecedented environmental changes that are increasing in speed and severity.

Serre adds through knowledge sharing workshops and tools, this project will help these communities deal with the impacts of climate change today while building capacity to prepare and adapt for the future.

The project is co-led by Grand Council Treaty 3 and the Tribal Councils of Mushkegowuk, Matawa, Nokiiwin, Shibogama, and Keewaytinook Okimakanak. It provides funding for each Tribal Council to recruit a climate specialist who will connect traditional Indigenous knowledge and Western science on matters related to climate change.

The project will also involve community engagement the sharing of knowledge with First Nations communities across the country.

The project is funded through Natural Resources Canada’s Building Regional Adaptation Capacity and Expertise (BRACE) Program, a five-year, $18 million initiative under the Adaptation and Climate Resilience pillar of the Pan-Canadian Framework on Clean Growth and Climate Change.

The BRACE Program works with provinces to support training and knowledge-exchange that increases the ability of organizations, businesses and communities to adapt and accelerate their climate resilience.