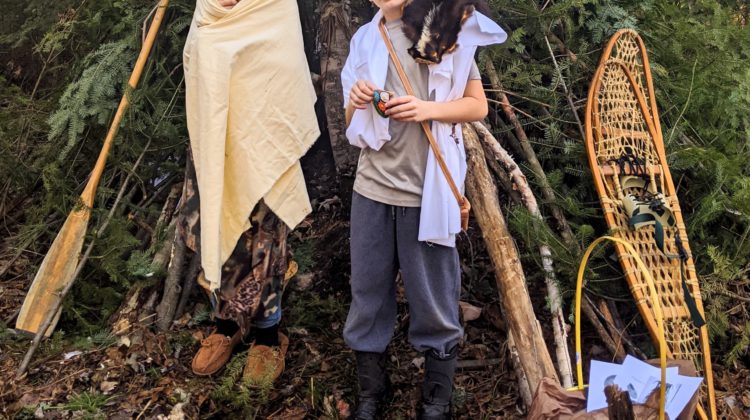 Students in Spanish took a trip back in time to discover the world of Canada’s first explorers when they first visited a 17th-century Aboriginal village. Photo supplied by Paul de la Riva

Students at École Sainte-Anne in Spanish recently travelled through time and discovered the experiences of Canada’s first explorers when they visited 17th-century Aboriginal people.
Board communication director Paul de la Riva says in social studies, students in grades 4, 5, and 6 studied the Ojibway peoples and the early explorers.
He adds with this knowledge, they built an interactive trail to represent an Ojibway community and each student built a tipi.
De la Riva adds students had the opportunity to appreciate Indigenous culture and learn about various aspects of their lives such as sacred teachings, inventions, food, and customs.

Investigation into the death of an OPP office/civilian continues