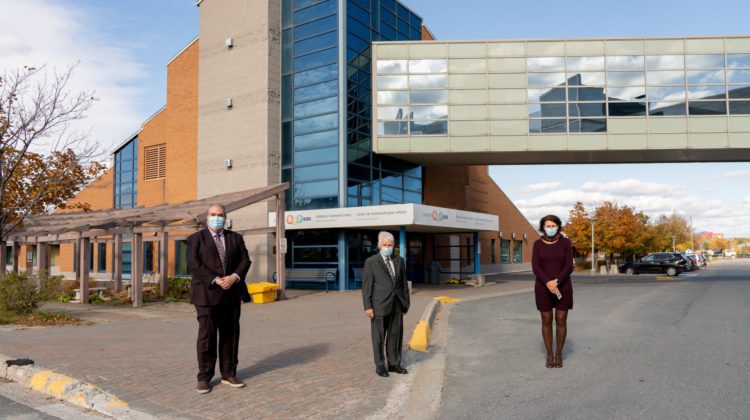 The announcement of the 52 new beds was made by Dominic Giroux, President and CEO of HSN, Floyd Laughren, HSN Board Chair and Maureen McLelland, Regional Vice President of Cancer Care and Vice President of Social Accountability at HSN. Photo provided by HSN

The Ontario government has given the go-ahead to Health Sciences North to create 52 new bed spaces by renovating the current Children’s Treatment Centre space at the Ramsey Lake Health Centre.

Hospital president and CEO Dominic Giroux says the province will be providing a capital grant for this project to help address the historical issue of hallway medicine at HSN.

He adds Northerners know the hospital was built too small, so the investment will certainly help.

Giroux says the Ontario government is also finalizing details for the relocation of the Children’s Treatment Centre to a new, near-by location with the announcement expected next week.

The government announced the creation of over 200 new bed spaces, including several in Hamilton, Kingston, Newmarket, and Toronto.