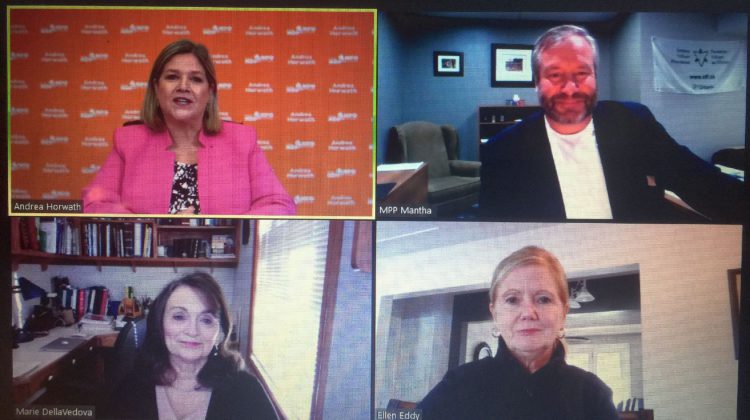 New Democrat leader Andrea Horwath says revamping the long-term care system will be a key plan in her platform when she runs for premier in the next Ontario election. She made the announcement via a Zoom news conference in Sault Ste. Marie yesterday. Photo by Rosalind Russell

New Democrat leader Andrea Horwath says she will be running for premier in the next election and when elected she plans a complete overhaul of the long-term care system, especially in home care and long-term care facilities.

In a press conference held through Zoom she told the Moose the plan, Aging Ontarians Deserve the Best, will eliminate for-profit homes, build 50,000 new nursing home spaces and get rid of the institution style of care.

She says she would also set up an independent Seniors Advocate office, which would focus on inspections and assist in ensuring the best care is provided to residents.

She adds privatization has not worked and family members should be considered a part of the active care team to ensure their family member receives the best of care.

Horwath admits she looks forward to sharing the new program details with voters as a key part of her campaign for election in 2022.