Daniel’s Mission – donations wanted for the homeless – in Espanola tomorrow 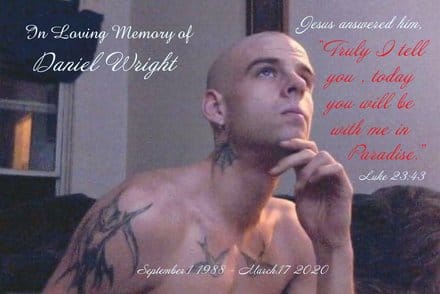 A Massey woman who recently lost her son is not celebrating Christmas this year adding her family want to help the homeless instead. Katherine Wright says her son Daniel died in March after losing a long battle with drug addiction and homelessness. He was only 31. Photo provided by Katherine Wright

A Massey woman says she is collecting items for the homeless following the passing of her son earlier this year.
Katherine Wright says her son Daniel lost his long battle to drug addiction and homelessness in March, so she and her daughters have decided to give to the homeless rather than exchange Christmas gifts this year.
He was only 31.
She says they have created Daniel’s Mission collecting winter clothing, footwear, personal items, healthy snacks, and gift cards for the homeless in Sudbury.
Wright says a recent collection drive in Massey was successful and she will be hosting another one in Espanola tomorrow.
She says anyone wanting to have her pick up items from their homes in Espanola to leave hem out and give her a call for pickup from 9:00 am to 11:00 am, and then she will be by the bus diner at the Giant Tiger from 11:00 am to 12:00 pm for those who wish to drop off the items.
She adds a distribution station will be set up in Sudbury for the homeless to access the items.
For anyone wishing to contact her, she can be reached via our websites.
Wright says that Daniel’s Mission is not simply about collecting and distributing stuff to the less fortunate. It’s also about raising awareness and reminding people that those people you walk or drive by and try to ignore every day are someone’s son or daughter, brother or sister, niece or nephew or grandchild, and it could happen to any one of us.
“People also need to realize that not every homeless people are addicts, some have illnesses that make them unable to function in society, some have never done drugs, some have beaten addiction and are homeless because mistakes they made in their past cost them the trust of their loved ones and or community,” she said. “They cannot get a job; rents are so expensive, and they are trapped in a life of struggling to survive all the while watching those closest to them die daily. I would also like to acknowledge that most of our supporters have little to nothing themselves and just want to help because they have been there or have lost someone who has. I am grateful to all of everyone for their support. It does my heart good to know something good may come of this tragedy.”
To contact Wright to pick up items from your home following COVID-19 protocols, call her at 705-863-3176 OR donate online at https://www.facebook.com/donate/2735912599997332/697750861097234/ 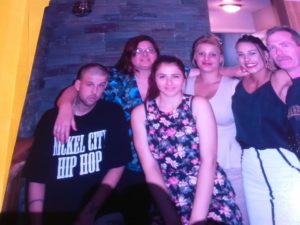 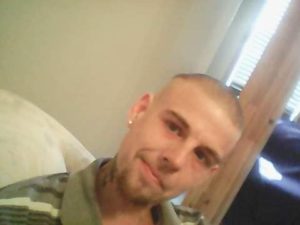