Another case in Algoma District, numbers, testing and symptoms 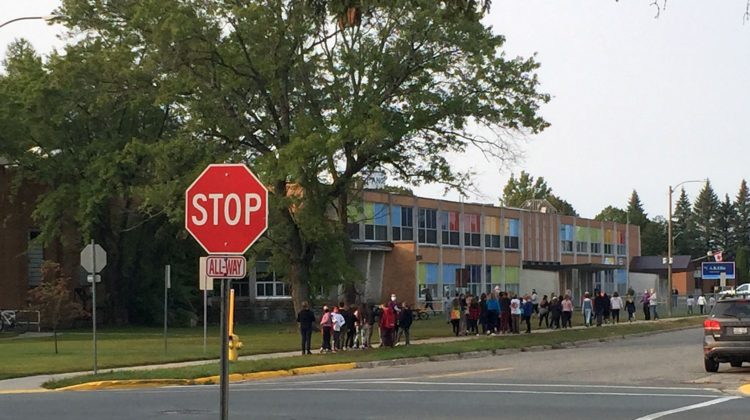 The fight against COVID continues on many fronts, including reducing symptoms for school reporting, increased testing sites and more. Photo by Rosalind Russell - myespanolanow.com/myalgomamanitoulinnow.com staffer

The health unit states the resident was tested on September 19 and is currently self-isolating.

The cause of the exposure is stated as due to “international travel” with close contacts having been notified.

The location of this case in the Algoma District has not been reported.

To date, there have been 34,711 people tested in the district with 32 of those confirmed positive.

Of the 32, all but two cases have been resolved.

A look at the provincial numbers

There’s been a sharp drop in the number of COVID-19 cases in our province.

Health officials say there were 335 new diagnoses yesterday, down from the 400-plus reported on four of the previous five days.

Almost 70 percent were in people under the age of 40.

The number of active cases has risen again, to more than 36-hundred.

Hospitalizations are also on the rise, with 88 people now being treated, 24 are in intensive care.

Coronavirus testing will be available in 60 pharmacies, starting today, in an attempt to alleviate the pressure on the province’s testing facilities.

Premier Doug Ford says more pharmacies will be added to the appointment-only testing program in the coming days and weeks.

Lineups have been hours long at many of the 150 testing sites currently operating across the province.

A hospital in Kitchener had to shut its testing down yesterday at noon because of the pressure.

The hospital said the lineup began at 2:30 am, and the aggressive behaviour of some of those in line contributed to the decision to close operations down early.

Meantime, three hospitals in the Toronto-area will begin trials of a new saliva test to assess its accuracy.

The province is considering reducing the list of coronavirus symptoms that would cause children to be sent home from school.

There have been 180 COVID-19 cases in Ontario’s schools since the first of the month.