Breaking ground on a new gold mine 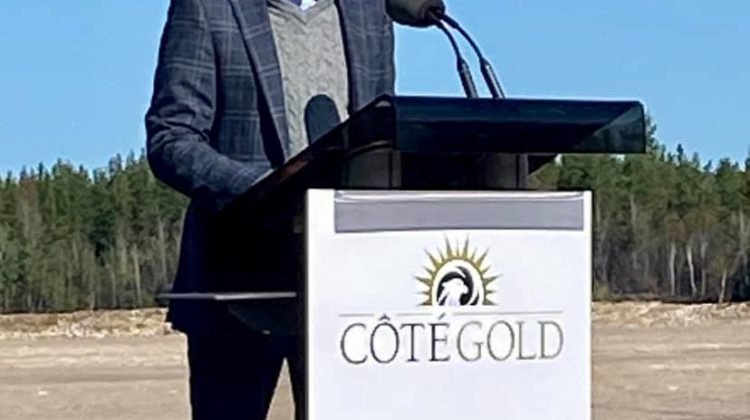 The ground-breaking ceremony for the IAMGOLD’s new Côté Gold Mine in Gogama was attended by many dignitaries including Prime Minister Justin Trudeau, Ontario Premier Doug Ford, local mayors and First Nation chiefs, local MPPs including Algoma-Manitoulin MPP Mike Mantha and others.

Trudeau says, “this project shows our economy is getting back on its feet adding international investors know that Canada is a good place to do business.”

Ford echoed his sentiments extending a thank you to “IAMGOLD for making such a significant investment in Norther Ontario, which will create good-paying jobs for the local communities and support the long-term prosperity of both the region and Ontario as a whole.”

Mantha also extended his congratulations to all the parties involved, pointing out the hard work carried out by local mayors and First Nation leaders.

The mine is expected to employ 40 people, generate more than $5 billion in wages and contribute $10 billion to Ontario’s gross domestic product over its 18-year life span.

Once construction, which is expected to employ a 1,000 people is complete, the mine will begin full production slated for 2023.

WEB: Many Ontario ministries including the Ministry of Energy, Northern Development and Mines, the Ministry of Natural Resources and Forestry, and the Ministry of Environment, Conservation and Parks (to name a few), worked together through the One-Window Multi-Ministry Team to help coordinate on the environmental assessment process, review the closure plan for the mine, and move the permitting process forward.

The Côté Gold Mine project has gold reserves of more than seven million ounces.

Prime Minister Justin Trudeau says that this isn’t just big news for the people of Gogama, but folks around Sudbury, Timmins, and all across northern Ontario.

“There’s no doubt the last few months have been hard on a lot of businesses across the country because of COVID-19,” says Trudeau. “The virus is still a threat around the world and here at home. Even as we face tough economic times around the world, global investors have confidence in Canadians.

“Right now, we have an opportunity to build a more resilient Canada. A Canada that’s healthier, safer, more inclusive, and fair. A Canada that’s both greener and more competitive in the global economy of the future, tackling the threat of climate change while creating good jobs for years to come.”

“Mining is a key driver of our provincial economy and our government is proud to support Ontario’s world-class mining industry,” said Greg Rickford, Minister of Energy, Northern Development and Mines; Minister of Indigenous Affairs. “The opening of Côté Gold Mine will propel economic recovery forward in the region, once again signalling to the world that Northern Ontario is open for business, jobs, and investment.”

PHOTOS: There were plenty of #ThumbsUp at the #IAMGold Ground Breaking Coté Gold Mine Project today near my hometown stomping grounds of Gogama, on the traditional lands of Mattagami First Nation and my childhood friend Chief Chad Boissoneau along with Flying Post First Nation Chief Murray. Dignitaries such as Prime Minister Trudeau, Premier Ford, Minister Rickford, Minister Yakabuski, France Gélinas Jamie West Gilles Bisson , both Sudbury and Timmins Mayors and the IAMGold Team with the theme of family gets things done. Photos provided by Mike Mantha 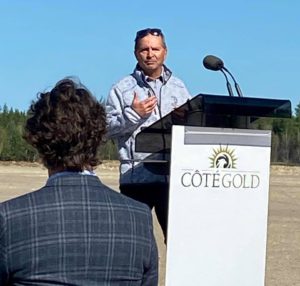 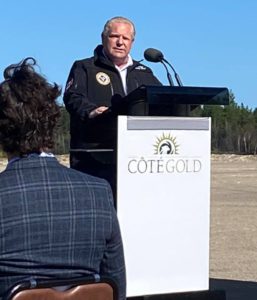 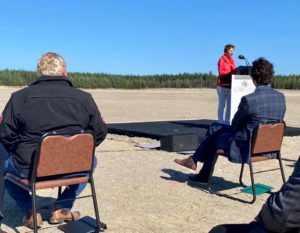 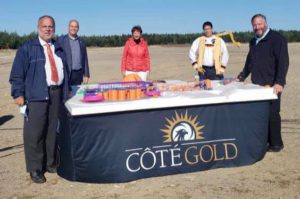 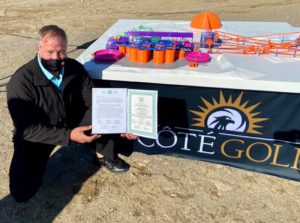 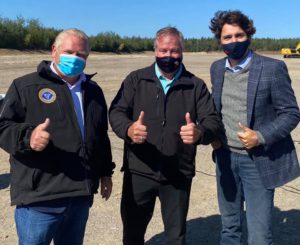 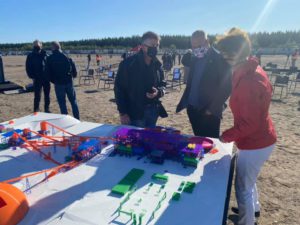 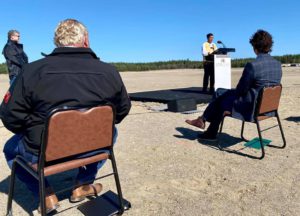