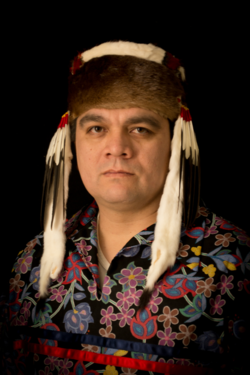 Duke Peltier will be leading the community of Wiikwemkoong Unceded Territory for another term. The community held its election this past Saturday with Peltier handily winning the election with 853 votes. Photo supplied

Wiikwemkoong Unceded Territory held its election for Chief and Council with incumbent Chief Duke Peltier winning another term to oversee the community.

Peltier was first elected in 2012 and won the election this past Saturday handily with 853 votes.

Candidate Rose Shawanda was a distant second with 329 votes and Terry Spanish with finishing in third place with 41 votes.

Twelve councillors were also elected to round out the council.

A formal swearing-in will be held later in the fall.