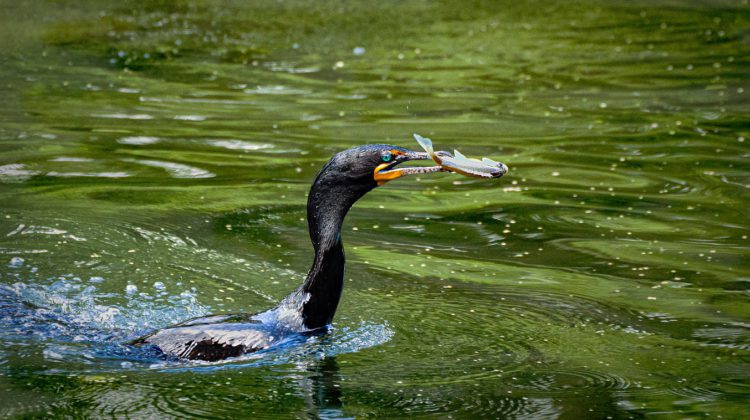 A new hunting season is being announced for cormorants, which have long been considered an invasive species in the Great Lakes area. Photo by Robert Theimann - unsplash.com

A new hunting season is being announced for cormorants, which have long been considered an invasive species in the Great Lakes area.
In light of the public outcry against the bird, which has caused major damage to the bait fishing industry, the Minister of Natural Resources & Forests John Yakabuski has announced a hunting season on cormorants that will run annually from September 15th to December 31st.
He adds the maximum number of cormorants a hunter can take is 15 per day, a similar limit set for federally regulated migratory game birds.
Cormorants are considered an invasive species on Manitoulin Island and in other areas of Ontario.
In light of their destructive nature, not only on the environment but also on the bait fishing industry, the government has announced there will be a fall hunt of the cormorant.
Yakabuski says they listened to those who provided comments about the cormorant hunting proposal, and as a result, are introducing a fall hunting season to avoid interfering with recreational users of waterways and nesting periods for some migratory birds, including cormorants.
In 2019, the ministry and partner agencies surveyed cormorant colonies across the Great Lakes and select inland lakes in Ontario.
Based on nest count surveys, there are, at minimum, an estimated 143,000 breeding cormorants in 344 colonies across the province.
Combined with historical data, trends suggest that cormorant populations are increasing in Lake Ontario, Lake Erie, and Lake Superior and are stable on the St. Lawrence River and Lake Huron.