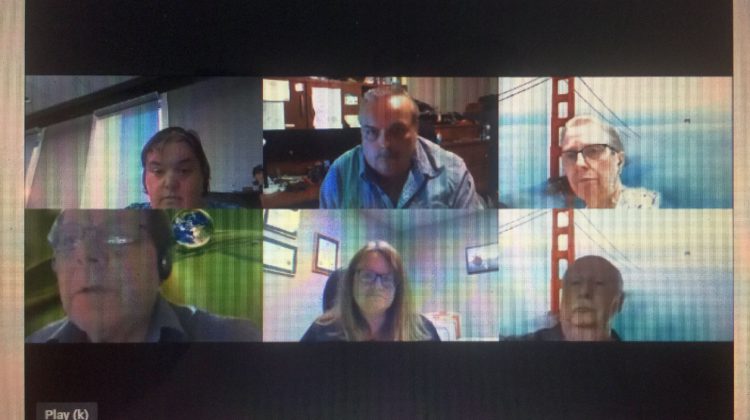 In a recorded vote, Espanola council unanimously voted to impose a 90-day pay suspension on one of its own members following a report by Integrity Commissioner, Robert Swayze. In a phone call to the ZOOM virtual meeting, Swayze explained his reasons for recommending the maximum suspension against Councillor Maureen Van Alstine. Photo by Rosalind Russell - myespanolanow.com

Following an investigation into three separate complaints of the Code of Conduct for the Town of
Espanola; Integrity Commissioner Robert Swayze is recommending a suspension of pay for a councilor.
Swayze says he received three complaints against Councilor Maureen Van Alstine, one from the mayor, another from the CAO and a third from another council member.
He says the offences she committed include calling for a reprimand in the unmistakably malicious and false attempt to impugn the professional and ethical reputation of CAO Cynthia Townsend as well as to intimidate her, contrary to the Code.
Another incident, according to Swayze, is clearly an amateurish attempt to discredit the CAO’s professional capabilities, again presented to open council with no justification and without any basis in accounting.
Council will deal with his recommendation tomorrow evening that Van Alstine’s pay is suspended for 90 days for the infractions.
The Integrity Commissioners Report is available in the June 23, 2020 agenda of Espanola
council at espanola.ca