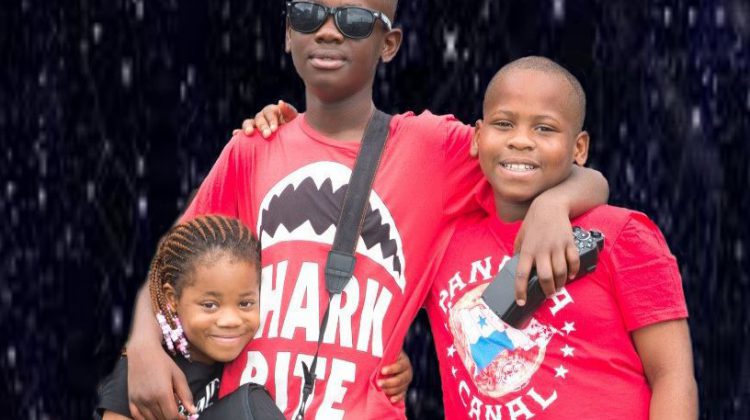 The mother involved in the death of her three children is now facing charges. Photo supplied by Osagie family.

The mother of three children killed in a single-vehicle crash on Highway 17 on New Years Day has been charged with careless driving causing death and careless driving causing bodily harm.
Speed and lack of seat belt use were factors in the fatalities, said Sudbury Ontario Provincial Police.
Uche Osagie, 46, is scheduled to appear in court on July 6th.
On January 1st, at approximately 8:50 a.m., Sudbury OPP officers and emergency personnel responded to the crash in the westbound lanes of Highway 17, near the Highway 144 interchange.
An investigation revealed the westbound car left the travelled portion of the roadway and struck a rock-cut.
The crash killed  Britney Osagie, six, and her brothers Flourish Osagie, 10, and Destiny Osagie, 11.
A 10-year-old passenger suffered life-altering injuries and remains in hospital in Toronto.
The driver was not injured and the front seat passenger suffered minor injuries.