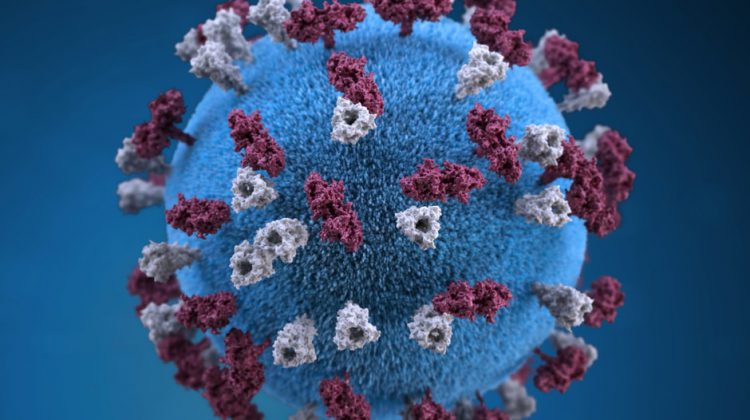 There have been no new cases in the local districts in the last 48 hours. CDC photo

The first case of COVID-19 in Elliot Lake

Elliot Lake has its first confirmed case of COVID-19.

Gagnon says the particulars of the case have not been disclosed by Algoma Public Health, but they have confirmed a positive test result.

Gagnon adds the confirmed presence of the virus in the city should be a strong reminder to remain in self-isolation, and if unable to do so, meet the physical distancing requirements of at least two metres from other people.

He adds it is their understanding that the patient is self-isolated following recent travel abroad.

Public Health Sudbury & Districts has also confirmed its 12th case of COVID -19, a woman in her 60s who had travelled domestically.

She is self-isolating at home.

Ontario schoolchildren won’t be going back to the classrooms before early May…if then.

The provincial government has extended the closure of schools for another month, as the risk of spreading the coronavirus continues.

Instead, the government is launching a “teacher-led” program of distance education which will help students continue learning.

There will be between three and ten hours per week of course material, depending on the grade level, provided by teachers.

Work done at home will be graded, and teachers will issue report cards.

Most will be on-line, but for those without computers or internet access, phones and mail-out packages will be used.

Education minister Stephen Lecce is promising that Grade 12 students will graduate, but he adds no decision has been made on whether the school year may have to be extended past the end of June.

Premier Doug Ford is promising a program to help students who may miss out on summer job opportunities needed to pay their tuition in post-secondary schools.

More than 50-thousand people have been tested across the province, and officials say a backlog of 11-thousand test results has now been cleared.

There are 534 cases considered resolved, with 33 deaths.

Eleven of those fatalities have occurred in seniors’ residences.

Ontario’s Chief Medical Officer, Doctor David Williams, says their main concern now is the spread of the coronavirus in long-term care homes and retirement residences, because of the increased risk to
people 70 and older.

Prime Minister Justin Trudeau says several companies are ramping up the production of surgical gowns, masks, sanitizer, and ventilators, under contracts from the federal government.

Trudeau says he’s pleased with the reaction from Canadian companies to the coronavirus outbreak, with more than three-thousand indicating a desire to help.

Trudeau adds with the global scramble to find supplies to battle the coronavirus, it’s important to have made-in-Canada solutions.

There are now close to 86-hundred confirmed cases of COVID-19 across Canada.

Almost 11-hundred people have recovered, while 101 have died.

Federal Public Safety Minister Bill Blair says the government is considering whether to give early release to some inmates to help prevent the spread of the coronavirus behind bars.

He’s asking the National Parole Board and the Correctional Service to check their files to see if any of those now serving time might be eligible for parole.

Unions representing guards and staff are concerned there could be a major outbreak of COVID-19 in prisons and jails unless measures are taken to prevent its spread.