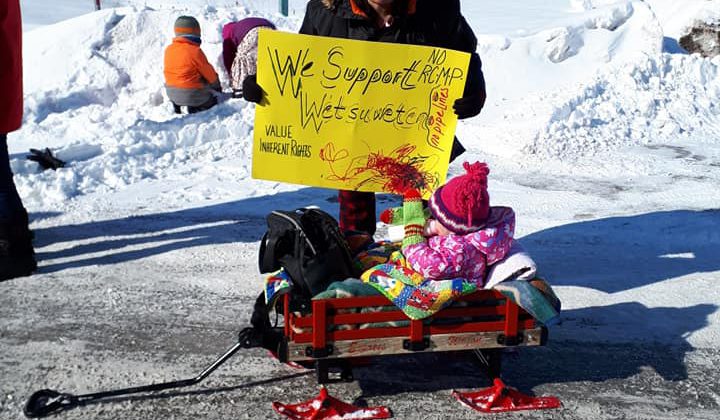 The protesters slowed traffic down on Highway 17 at noon Monday in support of the Wet’suwet’en hereditary chiefs’ blockade of their land in BC.

Mississauga FN member Tracy Fraser says the chiefs’ stance has gathered support across the country from native and non-native people opposing the pipeline going through the Wet’suwet’en land.

Fraser adds the protest was meant to show solidarity with the chiefs’ action and calls for the federal government to meet with the chiefs in a bid to resolve outstanding issues in the dispute.

One protest group has also blocked rail service near Belleville which has halted movement through most of eastern Canada.

The $6 billion pipeline would see natural gas pumped from near Dawson Creek to a coastal Liquidized Natural Gas terminal in Kitimat as part of a $40-billion plan approved by the federal government.

Still, with the story, there’s no end in sight to the blockades that have shut down C-N Rail service in eastern Canada.

Four of the hereditary chiefs plan to visit the site of the rail blockade near Belleville to thank local Mohawks for their support.

The chiefs have said that the RCMP and pipeline company personnel must be removed from their territory before discussions can be held.

Canada’s premiers are concerned over the mounting economic impact of the blockades.

Several have called on Prime Minister Justin Trudeau to set a deadline for an end to the demonstrations.

Trudeau has decided to postpone today’s introduction of his government’s bill to implement the UN Declaration on the Rights of Indigenous Peoples because of the current situation.

Meantime, VIA Rail is resuming service on some routes today, but the main service between Toronto, and Ottawa and Montreal, remains closed due to the Belleville blockade.

The passenger rail service says it will be temporarily laying off almost one-thousand employees.