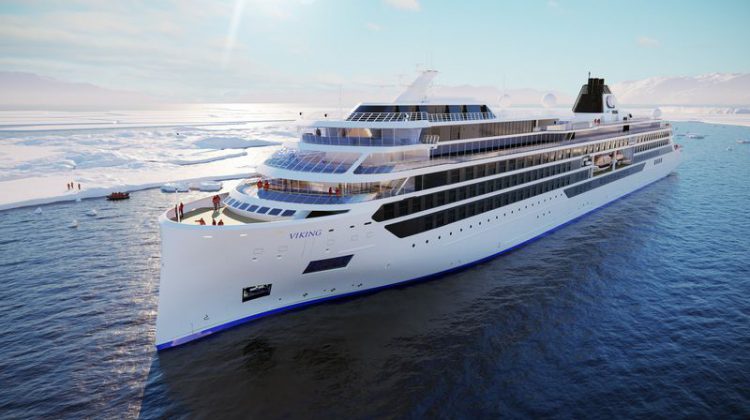 A rendering shows Viking's new expedition ship. Two of the vessels are under construction in Norway, and one of them will be dispatched to the Great Lakes. Rendering provided by Viking.

Viking Cruise Lines is expanding to the Great Lakes within the next two years.

He says the company worked in partnership with the Great Lakes Cruising Coalition to develop the destinations including Thunder Bay, Sault. Ste. Marie, Killarney and Little Current.

Hagen adds the cruise ship company will offer two cruises, with ‘The Great Lakes Explorer’ being an eight-day cruise from Milwaukee to Thunder Bay and including three days in the local North Channel.

Viking is currently in the process of building these two ships which will be tailored to expedition-style cruising.