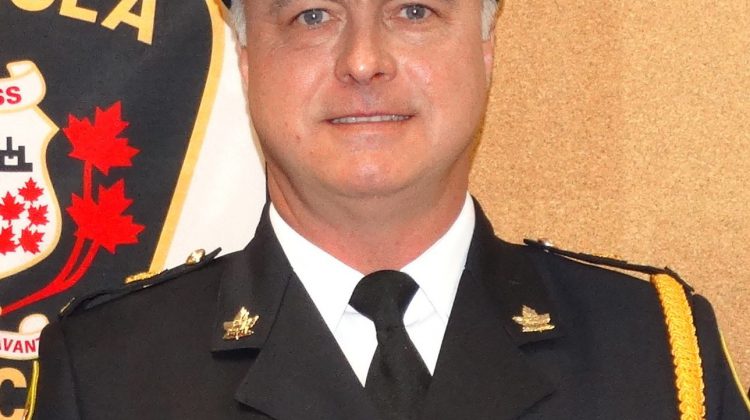 The complaint was set to come before a tribunal hearing in Sudbury in October, but the two sides reached an agreement, which has not been made public. Photo by Rosalind Russell file photo

An Espanola woman is now speaking publicly about a harassment complaint she brought against the town’s former Police Chief Steven (Steve) Edwards.
Cindy Valiquette, who worked as a dispatcher with the Espanola Police Service for a decade, alleges she was subjected to inappropriate touching and sexual innuendoes from Edwards, who worked his way up from sergeant to chief during the same time.
He has denied all of the allegations and no criminal charges have ever been laid against him nor have any of the accusations been proven in a court of law.
Edwards was suspended with pay in 2017 following Valiquette filing a complaint with the Human Rights Tribunal of Ontario.
An investigation was also launched through the Ontario Civilian Police Commission with no resolution following the disbandment of the Espanola Police Service, and the fact that Edwards has since retired from policing.
Edwards who has maintained his silence on the allegations continues to strongly deny them.
The complaint was set to come before a tribunal hearing in Sudbury in October, but the two sides reached an agreement, which has not been made public.
Espanola CAO Cynthia Townsend had no comment except to acknowledge the town covers all the expenditures related to the case.
Valiquette is still hoping the Ontario Civilian Police Commission might yet issue a ruling that holds him more to account but realizes that is unlikely to happen.