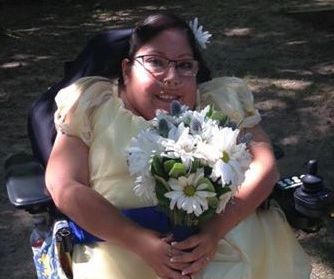 Jolene Courtemanche says there’s more people like herself who have a hard time with their veins getting poked and prodded every day. She wants to give back so she is starting a fundraiser to raise just over $8,000 for a vein finder. Photo provided by Jolene Courtemanche

An Espanola woman wants to give back to the Espanola Regional Hospital which has brought her through many medical crises in her lifetime.

Jolene Courtemanche says she is starting a campaign to raise $8,000 for a vein finder.

She says there are many people who deal with their challenges and are constantly poked and prodded every day.

She has set up coin jars at local businesses in town and is also looking at other fundraising events, such as bagging groceries, with the help of family and friends.

Courtemanche admits is a lofty goal, but believes the kind hearts of people in Espanola and area will come through to help her reach it.