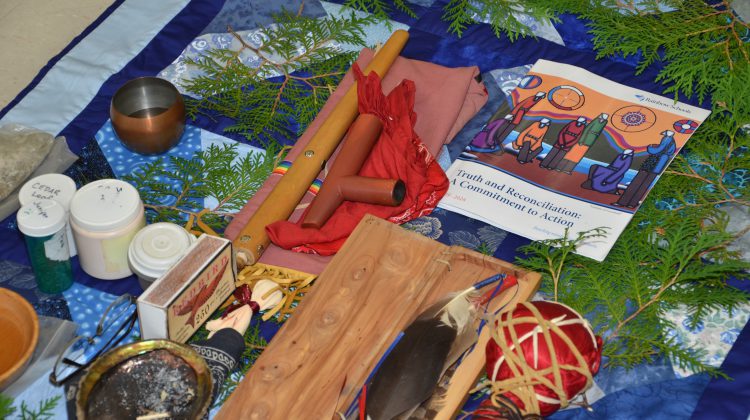 The Truth and Reconciliation: Commitment to Action plan was formally launched at the signing ceremony. Photos supplied by the Rainbow District School Board

Representatives of Rainbow District School Board and First Nations gathered at Atikameksheng Anishnawbek to celebrate the renewal of the Education Service Agreement.
In effect from September 2019 to August 2022, the agreement reaffirms the board’s commitment to First Nations students and recognizes the unique relationship with their communities.

Board chair, Doreen Dewar says in signing this agreement, the board is honouring the history and culture and committing to better meet the needs of First Nations students.

She also commended the First Nations Advisory Committee on their work.

The First Nations who signed the Education Service Agreement include:

The agreement has been developed with the vision and spirit of enhancing the ability of First Nations learners to meet their goals. It also affirms the rights of all First Nations students to receive a quality education that includes access to culture, language, and programs that support wellbeing and achievement.

In April 2017, the Rainbow District School Board passed a motion acknowledging the work of the Truth and Reconciliation Commission and committing to key recommendations as they relate to education. Under the guidance of the First Nations Advisory Committee and through broad community consultations led by Nbisiing Consulting, the Truth and Reconciliation: Commitment to Action plan was developed. The plan, which was adopted by the Board on July 3, 2018, was formally launched at the signing ceremony. The cover of the plan features an original painting by First Nation artist Leland Bell – Bebaminojimat entitled “Gesture of Goodwill”.

“We value our relationship with First Nations communities,” said Rainbow District School Board Director of Education Norm Blaseg. “The new agreement reinforces our commitment to maintain our focus on academic and social factors. We have made tremendous progress in Indigenous Education and will build on our work for the ongoing benefit of First Nations learners and all students in Rainbow Schools.”

The agreement is consistent with the Government of Ontario’s First Nation, Métis, and Inuit Education Policy Framework that “First Nation, Métis, and Inuit students in Ontario will have the knowledge, skills, and confidence they need to successfully complete their elementary and secondary education or training and/or to enter the workforce. They will have the traditional and contemporary knowledge, skills, and attitudes required to be socially contributive, politically active, and economically prosperous citizens of the world. All students in Ontario will have the knowledge and appreciation of contemporary and traditional First Nation, Métis and Inuit traditions, cultures and perspectives.” 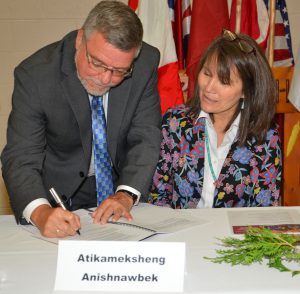 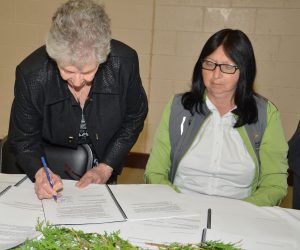 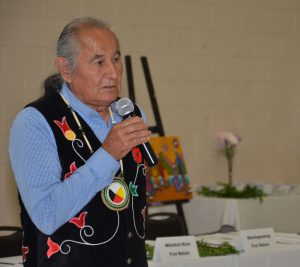 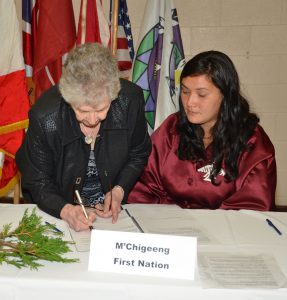 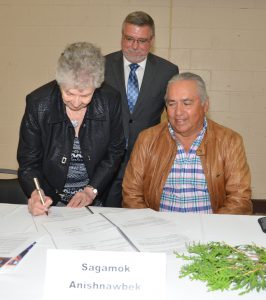 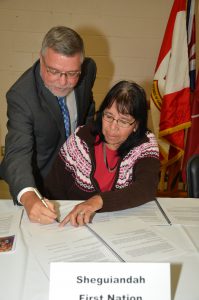 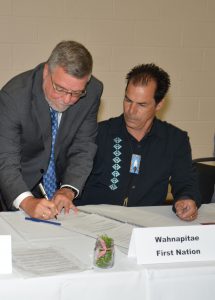 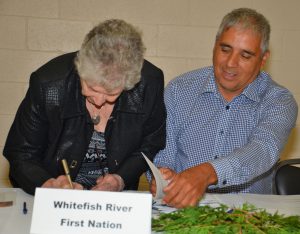