Piece of Ontario twice the size of Bermuda now protected 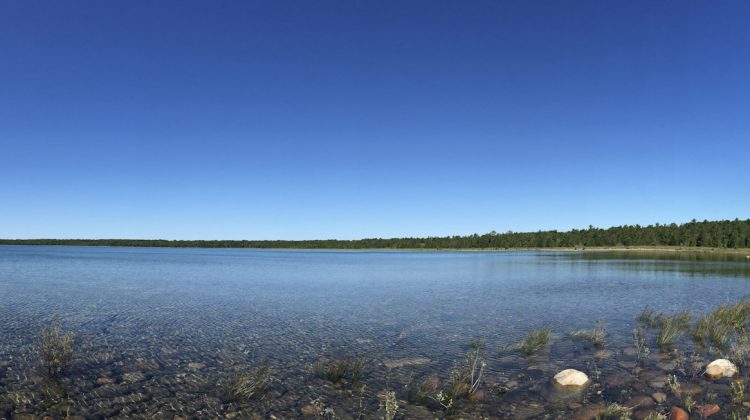 The picturesque Wagosh Beach on Cockburn Island. The Nature Conservancy of Canada announces its largest protected area in Ontario of 10,730 hectares on Cockburn Island, located in northern Lake Huron. Photo supplied by NCC.

The Nature Conservancy of Canada says the area is 10,730 hectares in size.

A binational study led by conservancy and its U.S. counterpart ranked Cockburn Island eighth out of 32,000 islands in the Great Lakes for its conservation importance.

Catherine McKenna, the Minister of Environment and Climate Change Canada says by taking the initiative now to protect special places like Cockburn Island, we’re ensuring our kids and grandkids can connect to nature and experience its wonder.

As a vital breeding area and stopover site for migratory songbirds and waterfowl, the island is visited by the chestnut-sided warbler, wood thrush and the Canada warbler, designated as a threatened species under Canada’s Species at Risk Act. Cockburn Island is home to wide-ranging mammals, including American black bear, white-tailed deer, gray wolf and coyote. The rivers and creeks support both resident and migratory fish, while economically important species, including lake trout and whitefish, spawn on shoals along the coast.
This conservation project was supported by funding from the Government of Canada, through the Natural Areas Conservation Program and the Canada Nature Fund. The project also received funding from generous individuals, foundations and corporations, including the J.A. Woollam Foundation, MapleCross Fund, Rogers Foundation and TD Bank Group, through the TD Forests program.

“Most of the projects I’ve worked on around Lake Michigan are small. So I look at Cockburn Island, and – my gosh – the chance to save huge areas of land close to humanity and close to water, that’s just unheard of. This [project] represents a marvelous opportunity in our time, to do something really big.” Dr. J.A. Woollam.

“Having lived in proximity of the Great Lakes for many years, we have become increasingly aware of their uniqueness and splendour, as well as their fragility.  We are thrilled to be working in partnership with the Nature Conservancy of Canada, the Government of Canada and other donors towards the acquisition of the MapleCross Tract, 1457 acres of environmentally sensitive land on Cockburn Island in Lake Huron. Together, we are committed to restoring and preserving the integrity of our land for our community and for all Canadians.” Dr. Jan Oudenes and Dr. Isobel Ralston, MapleCross Fund; “Investing in Canada – Investing in Nature”.

“Nature is central to Canadian identity, but recent scientific reports have shown that our biodiversity is under threat. With the help of partners like the Nature Conservancy of Canada, our government is taking action to double the amount of protected nature in Canada,” adds McKenna.